Frank Feenan (pictured on the right), who worked as a detective out of the Passaic County Prosecutor’s Office, has defeated his opponent Patrick Ciser, author and martial arts expert, in today’s Republican primary election.

Mr Feenan who is by far the strongest and most suitable candidate to face incumbent Richard Berdink, the Passaic County sheriff, a Democrat, in the November general election, won with 6,234 votes; Mr Ciser received 3,241 votes. Mr Ciser did well, for he gained all his votes without support from the Passaic County Republican Party.

The winner, Mr Feenan will face Mr Berdink in November. 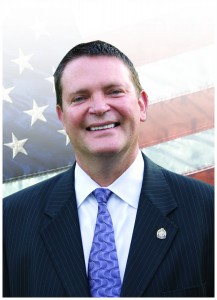