Infant, who died during an accident on I-80, memorialized | Paterson Times

An infant who suffered an untimely death during a fatal car accident on Interstate 80 was memorialized earlier today with a cleanup of Greene Park in 21st and Railroad Avenues.

Melissa Bena Mercado was born on January 17, 2013 in Paterson to parents Katty and Angel Mercado. She was the youngest of three children — sisters Shaila and Mirielis, and brother Angel David.

On March 3rd, at around 10pm Melissa Mercado, a 6-week-old infant, was taken to St. Joseph’s Regional Medical Center after being involved in a car accident on Route 80. She spent two-and-half days in the pediatric intensive care unit before passing away on March 7th, 2013. Her organs were donated to save two lives.

The NJ Sharing Network, a non-profit organization responsible for the recovery and placement of donated organs and tissues, helped match two recipients in need of organ transplant. Her heart was given to a three month old baby boy who suffered from congenital heart disease and her kidney to a 27-year-old single mother who was on dialysis. “We wanted to help others,” says Ms Mercado, the mother.

Lydia Robles, who plans to run for mayor of Paterson, heard that the family was in need and decided to contribute money along with that she planned a clean-up event in honor of the baby at Greene Park located on 21st Avenue between Railroad Avenue and Spring Street.

The ground of the park was uneven, muddy and in some places flooded with water. It was going to be a challenge for many young kids and parents cleaning the area. They picked up papers, plastics, cleaned up glass from the concrete floor, and repainted a graffitied wall. Syringes were also found in the dirt. Mulch was then moved from one area of the park to another. About 50 people showed up to tidy up the park, according to Ms Robles.

The mother while starring into the crowd of young children and parents cleaning up the park says, “She’s not even here and look at all these people she’s bringing to us.”

Ms Robles who adopted Greene Park through an adopt a park program hopes to rededicate the name of the park to Baby Melissa.

“I think about and miss her every day,” says Mr Mercado, the father. 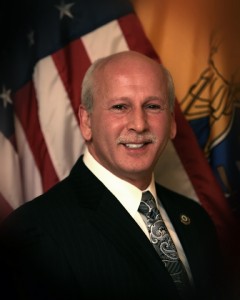