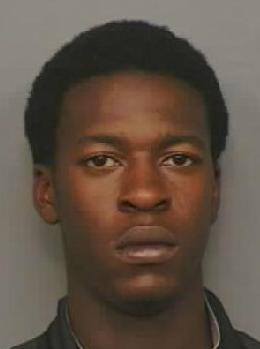 A man who discarded a weapon on Godwin Avenue on Saturday after seeing police officers in the area is wanted by officers from the Paterson Police Department.

Hassan Brown, a city resident, was on Godwin Avenue hanging around with Jacques Brown, an wanted man who shot himself while messing around with an illegal handgun, at around 12:28 a.m. on Saturday, when Hassan discarded a “9mm handgun,” according to police. Jacques, who was wanted since a day earlier, was quickly arrested by officers; however, Hassan  fled on foot and managed to escape.

Hassan, a resident of Godwin Avenue, is wanted on unlawful possession of a weapon and resisting arrest; “Brown frequents the 4th ward area of the city and has a last known address of 122 Godwin Avenue,” according to police.