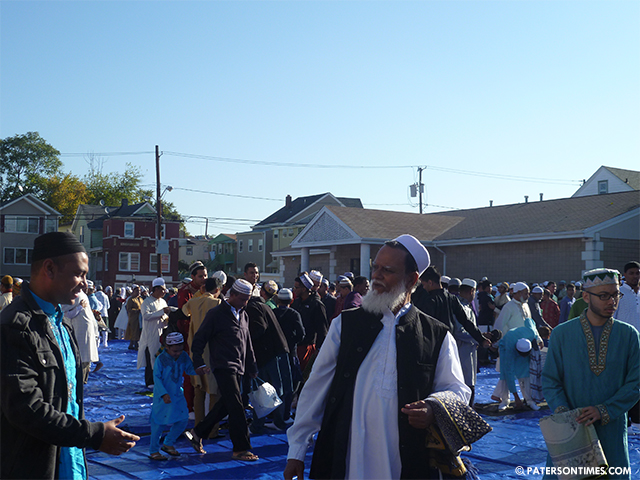 Muslim residents of the city gathered in their respective mosques or prayer fields during the morning hours of Tuesday to observe Eid al-Adha, an Islamic holiday that celebrates Ibrahim’s willingness to sacrifice his son at the behest of Allah, the Arabic word for God.

During the holiday most believers dress in new outfits prior to attending the prayer for the one of the two biggest holidays in Islam. There are two major celebrations in the religion, the first being the holiday that comes at the end of Ramadan, the month of fasting, and two months after that comes this holiday, during which the main point of it is to issue a sacrifice.

The sacrifice is made in a manner similar to Ibrahim or Abraham, a prophet mentioned in the Quran, who after listening to the command of God to sacrifice his son, decides to act upon it; however, the moment he is to slay his son, the offspring is replaced with a lamb by an angel, according to Islamic account of the story. Similarly, during this holiday – those who can afford it – sacrifice animals like: goat or cow or lamb.

The Imam, who presided over the prayer held in the parking lot of St. Mary’s Church on Union Avenue, began by telling the congregants the story of Ibrahim, mentioning the ordeal he suffered through while en route to please God by slaughtering his only son – a second off spring is provided to the prophet after he successfully carries out the command of God. Throughout the way, according to the Islamic version of the story, the devil whispers into the ear of the son; however, each time the son refuses to listen to the whispers, and solely focuses on carrying out the will of Allah by being obedient to his father – an ideal Muslims often attempt to inculcate in their children.

Thousands of people gathered in the church’s parking lot to offer prayers; most of the attendees were dressed in new outfits, others wearing the traditional white garment. The prayer began being held in the wide parking lot of the church after the mosque could not fit the thousands, who show up, inside the mosque. Other mosques in the city, those with very large congregations, similarly find open spaces to conduct service, some use parks, placing a large, thin, plastic covering over the ground, and allowing congregants to bring their own prayer mat.

In the parking lot the attendees brought their own prayer rugs and placed them on top of the plastic cover prior to prayer. After prayer individuals exchanges traditional Muslim hugs, after which they head home to offer sacrifice.