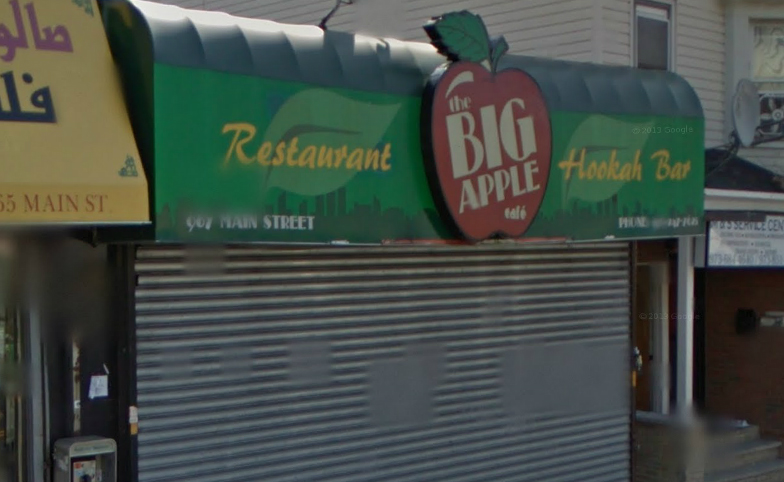 A Main Street hookah lounge that sold to underage patrons and allowed folks to smoke hookah indoors despite a law against it has ceased operation, according to Andre Sayegh, the 6th Ward councilman.

Mohanad Alrubaye, the owner of the Big Apple Hookah Lounge appeared before a judge earlier today, indicating he will shut down his establishment. “He will not re-open it,” said Sayegh, who has been targeting trouble making businesses in South Paterson. “This is our sixth,” commented the council president, when mentioning the number of bad businesses he had targeted and successfully shut down over the years.

Alrubaye has said he will either change the business or attempt to fix the violations he was issued by the city. “I’m going to work on fixing all these violation,” said Alrubaye, while sounding unsure of what he will do with his business. “They had various fire code violations,” said Sayegh, who is running for mayor this year. “They were putting people at risk.”

When asked, whether he sold hookah to minors, Alrubaye responded in the negative, saying “I don’t sell to under age minors.” He also stated that he sold them to folks over 18, but did not realize that the law has a different restriction on hookah. “It’s supposed to be only 19-year-olds,” said Alrubaye.

A resident of the 6th Ward complained that the establishment was selling hookah to his underage grandson. “They’re selling that stuff to my grandson. And it’s messing him up,” said the resident who did not wish to be named a month ago. Today, after hearing of the shutdown, the resident commented: “I feel great that they shut this place down, it was selling to minors.”

The Big Apple Cafe, located on 967 Main Street, came under scrutiny when authorities accused it of allowing customers to smoke inside the shop despite laws barring such practice. In October, authorities issued violations to the bar for violating a 2006 State law that prohibits indoor hookah smoking. The business was shut down for a day; however the next day it was in full operation. Other fire code violations were issued.

The bar will remain shuttered until January 31st, 2014, when Alrubaye will again present himself to the court with his case. “They told me I have to wait until the 31st,” said Alrubaye. After that he said he may open up a grocery store or simply move towards a different kind of business one that has less headaches. “I’m going to be changing. No more hookah and liquor,” said Alrubaye. “I don’t want to have to deal with this”