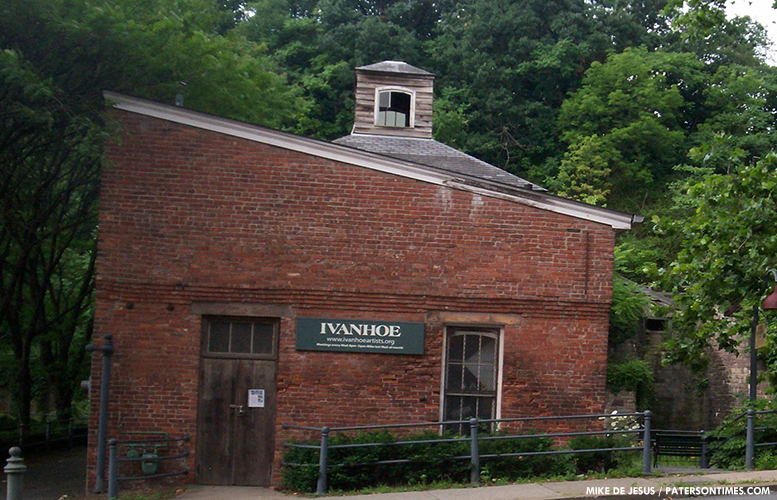 City officials ordered the lockout of the Ivanhoe Wheelhouse Tuesday evening following an unresolvable conflict between two factions at the city owned building for local artists.

“Right now, we should shut it down until we get a handle on what exactly happened,” said Anthony Davis, 1st Ward councilman. Council members were informed of the internecine conflict six months ago, but chose to avoid involvement.

“At this point we should shutter the wheelhouse until such time we can make a decision as to how it’s going to be managed,” said Kenneth Morris, councilman at-large.

“They asked us to get involved, we told them as a non-profit we would like them to solve the issues on their own,” said Julio Tavarez, 5th Ward councilman. “It has got out of hand at this point in time and the property belongs to the city we really need to get involved to see what the property is really being used for.”

“In August, two members of the board of directors decided they weren’t happy with the current leadership, the Ivanhoe was under the direction of Christine Conforti, so they took it upon themselves to change the locks on the building,” explained Robyn Thompson, a city artist.

Since mid-2013, the Ivanhoe building on Spruce Street, has been under the control of a “rogue board,” said Thompson.

Thompson said when she first visited the building prior to moving to the city there was a community there and a congenial atmosphere pervaded; however, that changed after the new board came to power.

“They just came in, changed the locks, and they are advancing an agenda that’s not community friendly to say the least,” said Thompson.

“Was there a voting process by which Christine Conforti lost the helm of the organization?” asked Kenneth McDaniel, councilman at-large.

“No, they became the board by changing the locks, and saying ‘we’re the board’,” responded Thompson.

The artist said after the new board, which includes two members of the previous board, came to power by force they began charging fees. “There were no fees charged for anything, the current rogue board everything has a suggested donation,” said Thompson.

Thompson said the individuals running the wheelhouse now are mostly outsiders, non-Patersonians. “It’s a Paterson treasure and it should be maintained by Patersonians,” remarked Morris, while suggesting the city create a board that will be appointed by the council to manage the building.

The council wants to reclaim the city’s property that is the Ivanhoe building. Tavarez suggested the city’s public works department visit the site, smash the locks, and take back the building. Charles Thomas, the city’s business administrator, responded that wouldn’t be a good option.

“We begin proceedings to take possession,” said Dominick Stampone, the city’s head lawyer, “we will do that by court order.”

“I’m not looking to get money by a way of leasing,” said Morris, “it’s their task to foster the arts in Paterson, and if they’re actually doing that we get a return on investment that way.”

Members of the “rogue board” were not present during the council’s discussion; Christine Conforti did not respond to a phone message seeking her comment for this story.