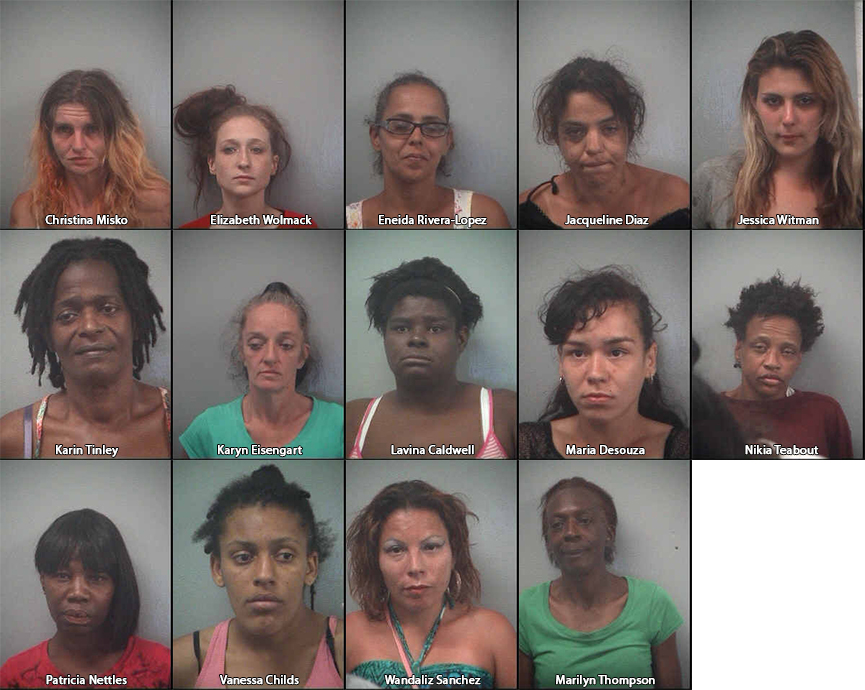 The sheriff’s office deployed undercover officers posing as johns. When walkers, street name for prostitutes, offered sex for money, they were nabbed.

One of the prostitute is from Passaic City and another from Lodi and the rest were city residents. Eneida Rivera-Lopez, 43, Passaic City resident, was arrested on Broadway and Rosa Parks Boulevard. Rivera-Lopez was found to have a previous $1,000 criminal warrant out of the city.

Jessica Witman, 21, a Lodi resident, was nabbed on Market and East 21st Street. Witman had outstanding warrants from Lodi, Paterson, and South Hackensack in the amount of $ 2,272, according to the sheriff’s office.

Misko is wanted on warrant worth $1,000 from Elmwood Park police. Caldwell is wanted on $2,578 warrant out of Irvington.

Those with warrants are being detained in the city’s police lockup, Berdnik said.

Sanchez, Desouza, Eisengart, Tinley, Wolmack and Childs were charged and released, according to the sheriff’s office.

“Throughout the summer, the Sheriff’s Office has been focused on enforcing street level criminal laws, including, narcotic trafficking and prostitution,” added Berdnik.