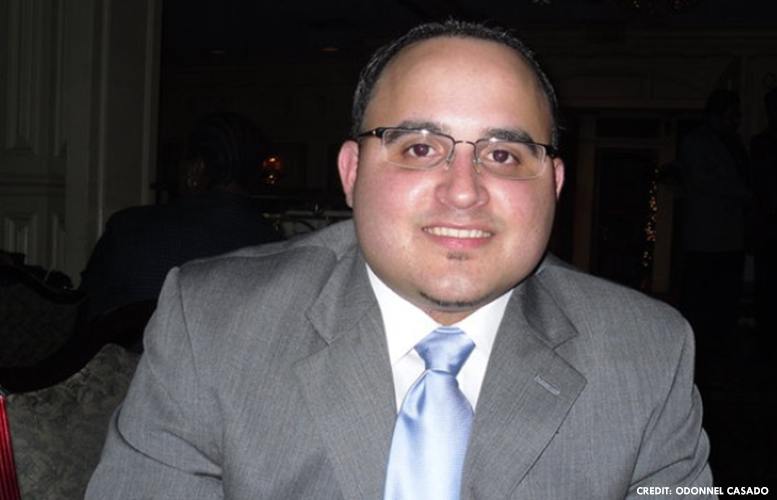 Members of the school board on Monday evening selected Flavio Rivera to fill the vacancy left behind by councilman-elect Alex Mendez.

Rivera, an auditor in Passaic County government, was picked out from a pool of eight candidates.

11 residents expressed an interest in filling the vacancy, but by Monday afternoon one withdrew her candidacy while two others were no-show. Board members were left to interview eight individuals.

Each was called to the podium to answer questions. Candidates were given a brief minute or so to make an introduction.

“I bring a strong financial background. I have ten years of experience in government finance,” said Rivera during his introduction.

Manuel Martinez, school board member, asked: “Could you please name four issues that limit the improvement of our academic achievement here in the district?”

Rivera said he worked as a substitute teacher in the district at one point and noticed unruly students were a major issue. “This is a very difficult question, but it starts with discipline,” answered Rivera.

Rivera muddled through the five questions after which the board went into a closed-door, executive session to deliberate. After deliberating board members voted.

Although the board spent about 15-minute deliberating, the vote which put Rivera in the seat appeared orchestrated. Even before the interview and meeting insiders presciently predicted Rivera would get the seat.

Many have said the Democratic Party orchestrated the vote through its select group of controlled board members. The same board members who moved the school board elections from April to November took orders to put Rivera, a party county committee member, on the board, said insiders.

After Rivera was voted in Eileen Shafer, deputy superintendent, administered oath of office. Rivera took his seat at the board.

Simmons, who promised to abstain from the process only took part after Kendall, his step-daughter, dropped out of the consideration set.

“I didn’t vote for him because I had somebody else that I thought was much better,” commented Kerr, following the meeting.

“I thought there was a better candidate,” said concurred Hodges with Kerr mentioning Celi.