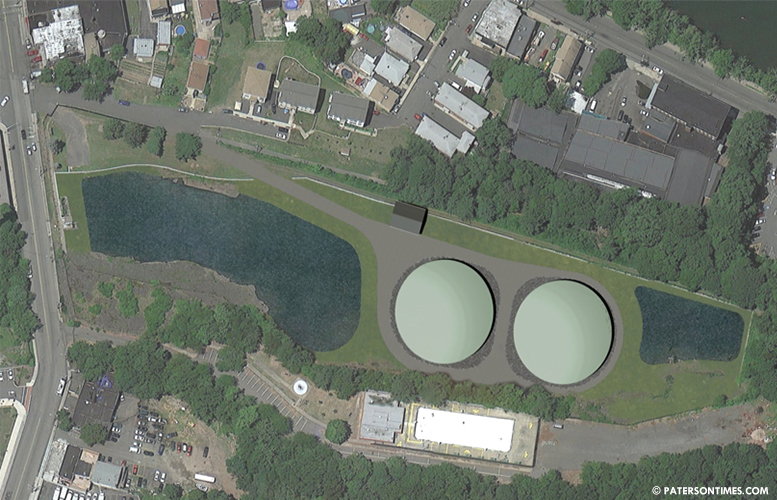 The city’s governing body hurriedly introduced and passed a resolution against draining the scenic Stanley M. Levine Reservoir earlier in the week.

Mayor Jose “Joey” Torres promised on Monday to have the resolution passed by the city council in a large gathering inside the Paterson Museum. The gathering included well over 100 city residents, who denounced the plan.

The Passaic Valley Water Commission — a water company owned by Paterson, Passaic, and Clifton – has been seeking to place two large concrete containers at the reservoir to conform to a federal mandate. The United States Environmental Protection Agency (EPA) mandates the commission, through its LT2 Rule, to secure drinking water supply against Cryptosporidium, a diarrhea causing parasite.

Tuesday’s resolution calls on the commission to delay the draining of not only the city’s reservoir hidden at in the heart of the Stoney Road section, but also the Great Notch and New Street reservoirs in neighboring Woodland Park.

Dozens of municipalities that receive drinking water from the commission have passed similar measures calling for delaying the draining plan, for the opponents of the tank construction plan argue the EPA intends to review its mandate and issue a ruling in 2016. “Agency plans to complete its review of the LT2 Rule no later than 2016,” reads the EPA’s website.

Monday’s museum room meeting has resulted in further efforts to thwart the commission’s plans. Savvy residents have been placing yard signs calling the commission to drop its plans.