To the relief of the incipient district’s director Edward Paulino a majority of council member gave their initial approval for the budget.

Much of the delay stemmed from the district’s willingness to include not just commercial properties – as is the norm with business improvement districts – but also residential properties.

Kenneth Morris, councilman at-large, vehemently opposed the district’s inclusion of residential properties. Morris argued property owners, even those that own multi-family homes, are operating on a fixed income, and lack the revenue source to fund the district’s operations. Morris said it amounts to double taxation.

Map showing the section of town that will be included inside the Sandy Hill Special Improvement District.

To placate Morris the district passed a resolution to allow residential property owners to opt-out from paying into the district. The district, located between Straight Street and Madison Avenue, encompassing sections of mostly commercial Park Avenue, Market, Summer, and East 18th Streets, is funded through an additional tax on area property owners.

Single family homes are excluded from contributing to the district; multi-family homes are included, but have the option to opt-out. Morris said about a dozen property owners have opted out.

The city sent letters to residential property owners giving them the option to avoid paying the additional tax. “Out of the 102 [letters] delivered, 15 opted out, and those will not be in the assessment roll,” said Paulino.

“I don’t think the opt-out provision was clearly communicated to homeowners,” said Morris. I find it hard to believe residential property owners would not take advantage of the opportunity to pay less taxes, said Morris.

Residential property owners pay half as much as commercial property holders while receiving the same benefit. “If the area improves, the property values will go up, therefore they can sell it at higher value,” said Julio Tavarez, 5th Ward councilman. “If a neighborhood improvers so does quality of life.”

Tavarez said for the past six years has tried knocking on doors, holding clean ups, and even issuing courtesy notices to neglectful property owners to clean up the area without much success.

He said that section of his ward is the most problematic. Tavarez said robberies, shootings, and assaults reported in the 5th Ward all happen within the Sandy Hill Special Improvement District. The councilman is hoping the district with much of its budget dedicated to security will be able to clean up the area.

Tavarez cited the rebirth of Bryant Park and Time Square in New York City, both of which were drug havens before each was included in a special improvement district.

“I think this is going to be a tremendous change for that area in the 5th Ward,” said Tavarez.

A public hearing for the budget will be held in January. 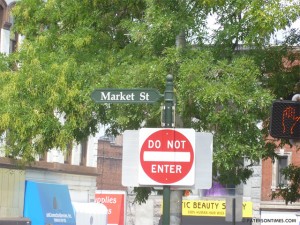