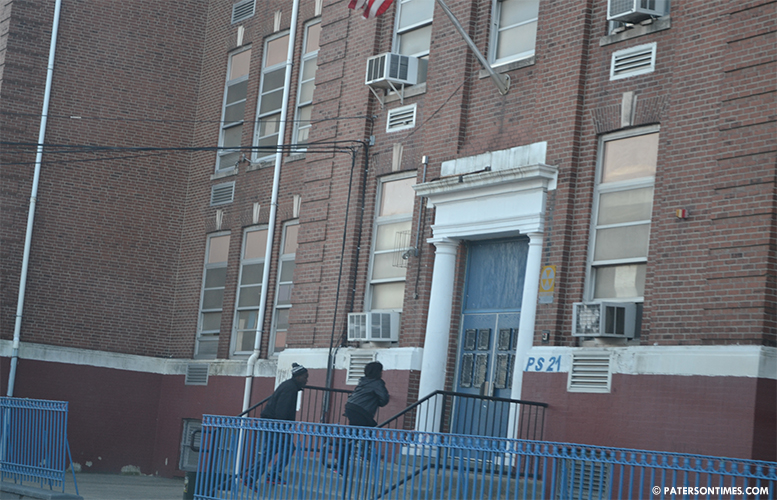 An elementary school student in School 21 threatened a substitute teacher with physical violence a week before Thanksgiving, according to a police report.

The seventh grade student at the 10th Avenue school was being disruptive in class at which point Olga Vargas, the substitute filling in for the teacher in classroom 201, “asked him to move to another seat [and] he began to curse at her and threaten her life,” reads the police report filed on November 19th, 2014.

“Bitch I’ll shoot you and get somebody to beat your ass hoe,” hurled the student at Vargas. The substitute contacted school officials, one of whom, Thomas Conyers, escorted the student out of the classroom to his office.

The incident unfolded at about 9:45 a.m. on November 19th, 2014. “While in the office,” the student, “became very violent and combative, destroying a computer monitor and tower as well as flipping a desk and cabinets,” reads the report.

“This kind of situation cannot be allowed to occur,” said a shocked Peter Tirri, president of the Paterson Education Association, the teachers union. The union does not represent substitute teachers.

Tirri said he’s hoping administrators at that school are taking serious measures to prevent similar circumstances from arising in the future.

School board member Jonathan Hodges and school board president Christopher Irving said they were not aware of the incidents that took place at the school in November. Hodges said he was not notified by the district about this incident nor about the assault on the security guard a week prior.

The seventh grader, a classified, special needs student, was suspended from school following the incidents. Terry Corallo, spokesperson for the district, said the school suspended the student for 10 days.

The student’s mother was notified the day of the incident and she arrived on the scene, according to the police report. Corallo said the parents are involved in the matter and they have met and spoken to the substitute teacher their son threatened to shoot.