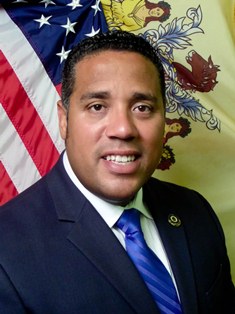 Yohanny Munoz-Mendez, wife to Alex Mendez, councilman at-large, was hired as a keyboarding clerk in Passaic County government, according to county records.

Munoz-Mendez applied for the position a month after her husband was sworn into office. She was hired in the county’s weatherization department, a federal grant funded program that provides low-income county residents assistance in weather proofing their homes, on October 27th, 2014, according to county officials.

Before being hired at the county for a $30,000 salary, Munoz-Mendez held the title of director of operations at her husband’s transportation company Josie’s Transportation Service of Secaucus, according to her resume. Prior to that Munoz-Mendez worked as a branch manager in Nationwide Equities in Hawthorne.

Munoz-Mendez was among 22 other people who were interviewed for the position which was advertised in July and August. The position required a bilingual speaker fluent in both English and Spanish, Munoz-Mendez met the criteria.

Mendez did not respond to messages seeking his comments for this story last week, but when asked about the hire on Tuesday, he said he had no influence in placing his wife above 21 other people who were interviewed for the position.

Democrats are liable to offer Mendez anything to cozy up with him, according to insiders. Mendez, running for his council at-large seat last May, secured 7,795 votes; mayor Jose “Joey” Torres running for the city’s executive seat secured 8,382 votes. Mendez received 587 votes less than Torres.