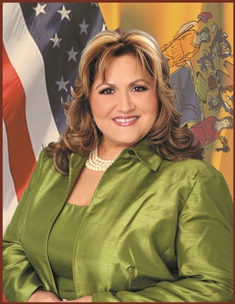 After a bruising battle with one of her colleagues over a volunteer board appoint, Maritza Davila, councilwoman at-large, appointed city resident Jenny Formentin to the Paterson Parking Authority board on Tuesday evening.

Formentin, a Passaic City public school teacher, was appointed to the authority’s board to complete the unexpired term of deceased board member Juan Jimenez.

Formentin will serve on the board until December 31st, 2016, according to the resolution appointing her to the authority.

Davila fought Alex Mendez, councilman at-large, for weeks to secure the appointment. Mendez eventually conceded the seat in a “gentleman” like gesture.