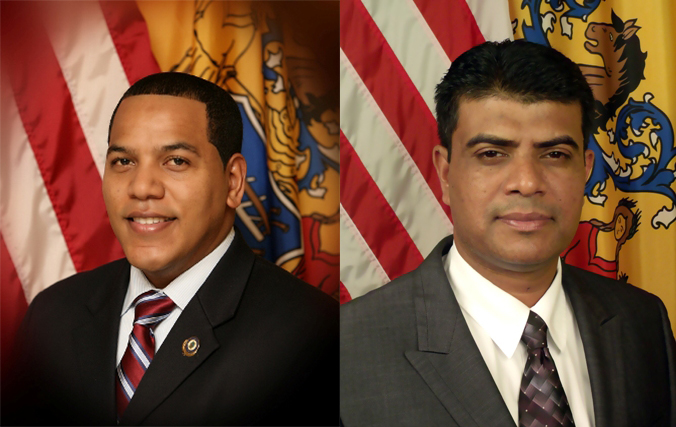 Under intense pressure from 5th Ward businesses, council president Julio Tavarez lashed out at 2nd Ward councilman Mohammed Akhtaruzzaman on Tuesday evening for stating at least a year’s worth of crime data is needed to modify the business curfew ordinance that forces establishments in 15 designated crime hotspots to close at midnight.

“Councilman Akhtaruzzaman how many months of data were used in the original ordinance?” asked Tavarez, 5th Ward councilman.

“I think it was like six months,” answered Akhtaruzzaman. Seconds later he said it was “few months” of crime data that was used to craft the original ordinance.

“So you’re saying the original needed few months, but in order to modify it we need a whole year?” Tavarez rhetorically asked.

“At least a year,” said Akhtaruzzaman.

“Do you get what you’re saying?” remarked Tavarez.

Akhtaruzzaman modified his initial statement by speaking briefly with Ruby Cotton, 4th Ward councilwoman, who informed him the police department provided 1-2 years worth of data for the ordinance.

“You had no idea 10 seconds ago how many months we used originally, but you’re asking for a year,” said Tavarez. “So you’re making decisions in a vacuum without understanding how many months were used in advance.”

The brief discussion was sparked by a question asked by city activist Ernest Rucker. He wanted to know where Akhtaruzzaman stood on lifting business curfew in certain areas to allow businesses to operate beyond the 12 a.m. closing time.

“I haven’t heard any dialog from public safety or yourself,” said Rucker to Akhtaruzzaman. Akhtaruzzaman said he will play a more active role in the discussions relating to business curfew.

We should look at month-by-month crime data, said Alex Mendez, councilman at-large. He suggested the city look at the monthly trends to amend the ordinance. Mendez has been attempting to roll back the business curfew ordinance in certain streets; Tavarez suggests the city look at whatever data has been collected so far to determine whether crime has receded in certain streets particularly along Park Avenue and Market Street.

Former school board member Waheeda Muhammed, a regular at council deliberations, found the sudden enmity between Tavarez and Akhtaruzzaman humorous. “It’s really funny he put you there as the public safety committee chairman and you picked him as the president,” remarked Muhammed.

“You both made a mistake,” said Muhammed.