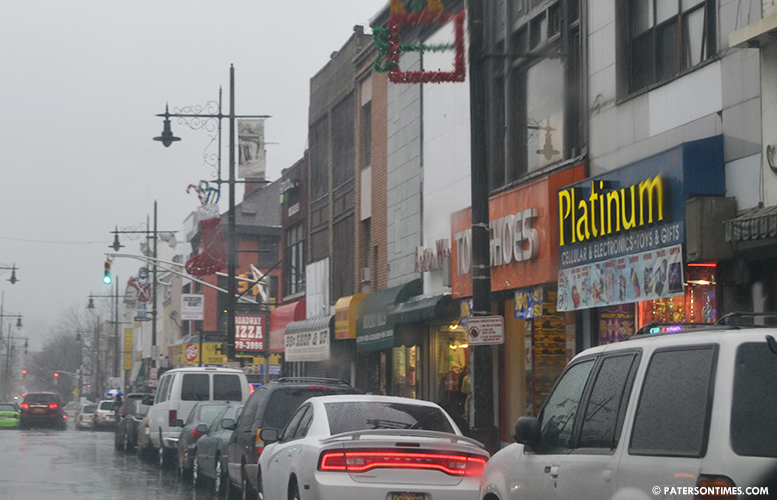 City officials are proposing to create about a dozen commercial loading zones on and near Main Street inside the downtown business district.

Alex Mendez, councilman at-large, who is pushing for the loading zones, said downtown businesses have been complaining about lack of commercial loading zones in the area.

“There’s no loading zones right now and business owners are complaining. When they have to receive merchandise, the truck has to wait double parked,” said Mendez. After the Paterson Parking Authority, at the behest of mayor Jose “Joey” Torres’ administration, installed meters on Main Street loading and unloading became a major issue in the business district.

“On every block you will have a loading zone for that section of business,” said Mendez. What’s the rationale behind the loading zones, asked William McKoy, 3rd Ward councilman.

Mendez said the idea is to have one loading zone on each side of the street so that the six to seven businesses located on that block may utilize them whenever loading or unloading merchandise.

Majority of the loading zones are directly on Main Street with a small number of them located on Ellison and Van Houten Streets.

McKoy balked at the hours during which the zones will be active: 8 a.m. to 6 p.m from Monday through Sunday. He said it makes little sense to take up large swathes of parking in the busy downtown area for the purpose of loading and unloading merchandise, something that businesses ought to do during the early morning hours or during the late evening hours.

“Early morning there’s no parking,” added Mendez. McKoy also asked how much revenue will be lost when the parking meters are uprooted from parking spaces that are slated to become loading zones.

Mendez said he did not have the revenue numbers.

“I don’t know why we have to do the full seven days a week,” said Kenneth Morris, councilman at-large. He concurred with McKoy that businesses should be handling deliveries in the morning or late evening.

Morris said merchants have the power to schedule deliveries with the vendors. He suggested clearly posted time limits on the loading zone signs. Morris also questioned the wisdom of keeping the loading zones active throughout the day.

He said at times merchants use the loading zones as personal parking space. Council members put off the ordinances for a discussion during the next workshop session of the council.

“One loading zone for ten businesses is reasonable in my eyes,” said Mendez.