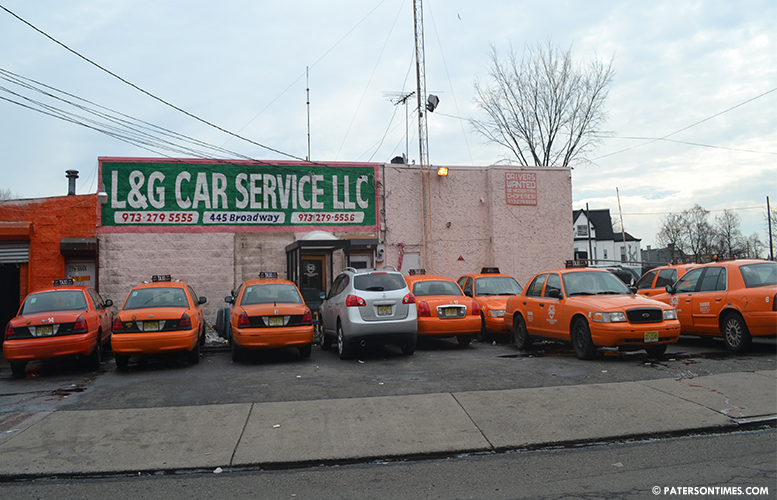 Division spokesman Neal Buccino said none of the 17 active and inactive taxi companies for which registration information was sought through an Open Public Records Act request were registered with the New Jersey Office of Weights and Measures.

State law requires taxi companies to submit their meters for testing and pay a $40 fee to obtain a certificate. The purpose of the registration process is to ensure consumers are not taken advantage of by unscrupulous vehicle operators who may tamper with an unsealed meter to charge customers what they will.

City’s taxi inspector Pedro Liranzo said he checks meters every six months when cab companies are required to submit their vehicles for inspection. “If the meter is not working they don’t pass the inspection,” said Liranzo.

“In order to enforce the law we have to have an ordinance on the book,” said police director Jerry Speziale. “It doesn’t specify in the ordinance you can cite somebody for that,” said the director when asked why taxi companies are not being cited for violating state law.

Speziale said at present taxi enforcement power is limited. He said he is working on an ordinance with the city’s law department and the city council’s public safety committee to change that. The director said the ordinance will enable city taxi inspectors to cite companies for this and other violations.

Salerno said his office only inspects oil trucks because the city lacks the equipment to check them. He said the city has its own weights and measures office which likely handles taxi meters.

Nieves also suggested a call to the city’s public works’ traffic division which, he said, is most likely to be in charge of ensuring taxi meters are registered. The city’s traffic engineer’s secretary transferred to the mayor’s office.

Mayor Jose “Joey” Torres did not respond to a message seeking his comments for this story.

Torres’ business administrator Nellie Pou was approached last month for comments. Pou said she would look into the matter and get back. A week later, when asked, she said she was busy handling the city’s budget. Pou asked for a detailed email. An email was sent to her with exact statute citation on March 4th, 2015.

Pou has yet to respond.

As Pou keeps busy with the budget and the mayor remains unresponsive, the city’s consumers are being fleeced.

City resident Sarah Billie said she was forced to argue with taxi drivers on three different occasions over fare. She described an incident when a cab was hailed from Preakness Avenue for St. Joseph’s Regional Medical Center. She said the driver wanted $20 for the roughly 2-mile trip.

City ordinance requires cabs to charge $6 for the first 1.5 miles and 35-cent for every additional 1/8 of a mile using a taximeter. “These cab drivers make up their own prices,” said Billie. “If the weather is raining or snowing they feel you’re supposed to pay them an additional $5, $10, it’s ridiculous.”

Billie said she was overcharged by a L&G Taxi Service driver. Andy Guzman, manager for the company, said $20 for the distance was excessive. Guzman wanted the car number to take actions against the driver.

“If the driver is charging $20, he’s fired from here because it’s a negative for my company,” said Guzman. “The driver he needs to use the meter.”

Billie said in a separate incident her daughter was charged $25 for a trip from near Pathmark in Elmwood Park to Colonial Avenue in the city, a roughly 5-mile trip.

When asked about his meters and why they are not registered with the state Guzman said he was never informed the meters had to be registered. He, like other taxi company representatives, have said the city failed to inform them of the registration requirement. “They haven’t told me anything,” said Guzman.

Vincent Ortiz, owner of Vincent’s Taxi Service on 1st Avenue, said he was never told he had to have his meters registered.

Buccino said meters certified in neighboring states are accepted if they meet certain requirements. “In the case of taxi meters that have been tested and certified by a Weights and Measures agency in a neighboring state such as New York, the New Jersey Office of Weights and Measures may accept that certification, provided that it was made during the current calendar year and that the certification fully comports with the standards set forth by the National Institute of Standards and Technology,” said Buccino.

Buccino said any meter used in New Jersey must still be registered with the state’s weights and measures office.

“I submitted the application and the money it’s now for them to provide me the certificate,” said Collazo.

Taxi companies operating with unregistered meters may be subject to civil penalties of no less than $100 per violation, said Buccino.

“Speaking generally and not about these specific companies, the failure to register commercially used taxi meters is a violation of New Jersey’s Weights and Measures Act and related regulations,” said Buccino.

At present the city has nine active taxi companies with three more to join very soon, said Liranzo, bringing the number to 13 firms. The city has issued 250 medallions to various cab companies, according to the city clerk’s office, of that number 224 are on the road.