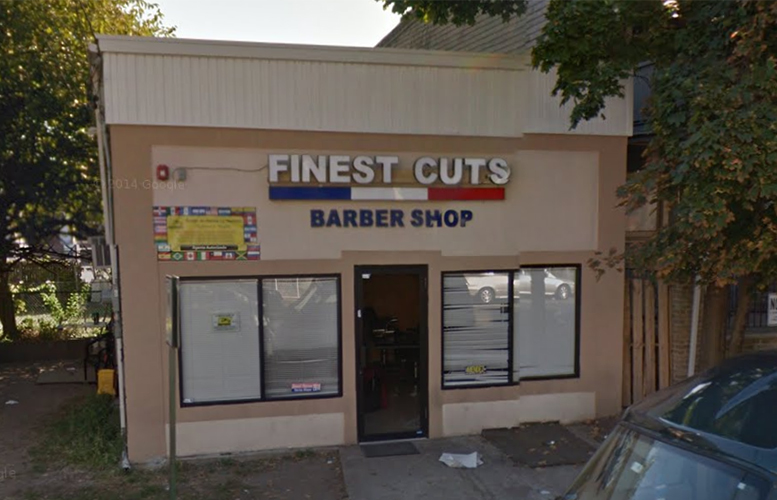 A Madison Avenue barbershop with more than a dozen police calls for loud music was denied a pool license on Tuesday evening.

Finest Cuts, located on 547 Madison Avenue, generated 20 police calls for service between June 1st, 2013 and March 27, 2015, according to a memorandum from the city’s license inspector Ralph Gambatese. 19 of the calls were for loud music and one for gang, read the memo.

The barbershop’s owner Geovanny Fernandez was cited twice for having a pool table without the requisite licenses from the city. In fact, just after he pled guilty to having a pool table in violation of the city’s ordinance on February 20th, 2015, he was caught operating it again. Fernandez has a municipal court date scheduled for April 24th, 2015 for his second violation.

“This person has the audacity to come to the city to apply for a permit to have a pool table in a barbershop for which he’s already been cited and is in court and has a court date post our meeting. Why we’d even consider that is beyond me,” said William McKoy, 3rd Ward councilman.

McKoy urged the administration to send inspectors to the location he described as a “nuisance to the community” tomorrow morning to shut it down for operating without a CO.

A CO is issued after a building has been deemed safe, absent that, the public is placed at risk, said McKoy.

McKoy said the night before, as he was driving pass the location, he witnessed individuals with bottles inside brown paper bags hanging about the barbershop.

“In no way should we give a license to someone who is willing to break the law both in not having a CO and operating illegally,” said McKoy. Fernandez, who was present during the meeting, said the building in which his business operates does have a CO.

Maritza Davila, councilwoman at-large, found it strange that a barbershop would place a pool table in its premises. She compared it to a Burger King restaurant setting up a pool table inside.

Kenneth Morris, councilman at-large, said there are barbershops that have pool tables inside. He said the city cannot restrict commerce. “As folks are waiting to receive their primary service they have this other activity,” said Morris.

Morris agreed with other council members on denying the barbershop a pool license mostly due to quality of life concerns. A resident who resides near the barbershop has complained to the council for more than a year about loud music and large quantities of liquor bottles coming out of the establishment.

Fernandez, who spoke through a translator and does not appear to speak English, said the music at his location has always been “low.” He said he did not understand why that resident would complain about loud music.

“People of that block have been suffering from quality of life issues for a long time,” said Ruby Cotton, 4th Ward councilwoman. She and other council members unanimously votes down a resolution that would have provided Fernandez the license to have a pool table at his barbershop.