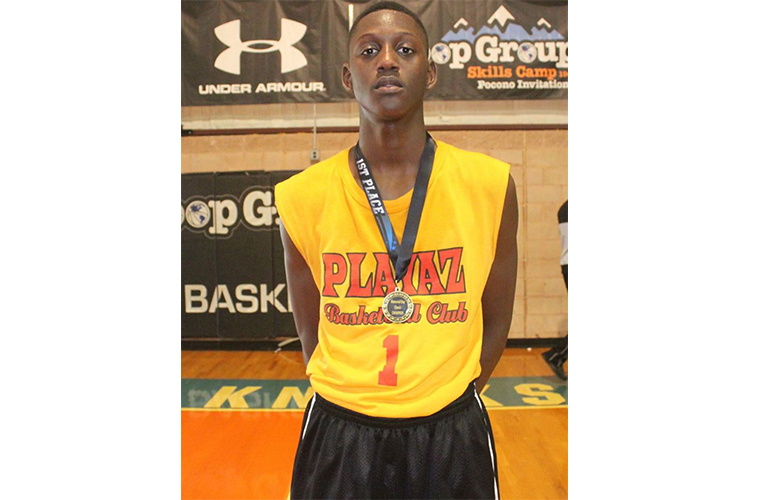 A 15-year-old city boy who was wounded outside a liquor store on Rosa Parks Boulevard last night was pronounced dead at 11:55 a.m. on Sunday, according to police.

Armoni Sexton, a freshman at the Paterson Charter School for Science and Technology, was among four people who were shot during a drive-by shooting at the corner of Rosa Parks Boulevard and Godwin Avenue at about 8:37 p.m. on Saturday.

“He was just like every other normal teenager. He played video games, he liked the little parties we had at the school,” said Patterson. The shooting is suspected to be gang related and part of a long standing rivalry between a 1st Ward group and 4th Ward group.

Police director Jerry Speziale said his son played basketball with the youth who was murdered. He called the killing “senseless.”

“We will do this investigiation to make sure those responsible are held responsible and face justice,” said the director. City detectives, the Ceasefire Unit, and the Passaic County Prosecutor’s Office are investigating the shooting.

Speziale said the city deployed additional units to the area after last night’s incident. 4th Ward councilwoman Ruby Cotton said she has been asking for more police prescence in the area. She said as the weather warms, more people are occupying the corners. Cotton said she specifically would like to see more police in her ward during the weekend.

This morning the police presence in the area could be felt with corners that are usually packed all hours of the day devoid of people and police units circling around the vicinity of the shooting scene where torn crime scene tape still lingers.

Sexton wasn’t involved in any gangs, said his coach. “He didn’t have time. He really didn’t have the time to participate in a gang,” said Patterson.

The coach said the only gang he was involved in was the school’s basketball team. The teen was en route to his house when he was shot, said the coach.

“I’m at loss for words,” said Patterson. “I don’t even know what to think.” The coach said his mother too doesn’t. She is in disbelief and does not know what to make of her son’s untimely death. He said the boy’s mother is coping with the pain by imagining he went to basketball camp and would return to her.

Patterson implored the city’s youth to stay out of the streets and have compassion for each other. “Stay in the house, just love each other, man. Put the guns away,” said Patterson. “These murders, they don’t even make sense.”