Four-way stop sign is not the antidote to speeding, says councilman | Paterson Times 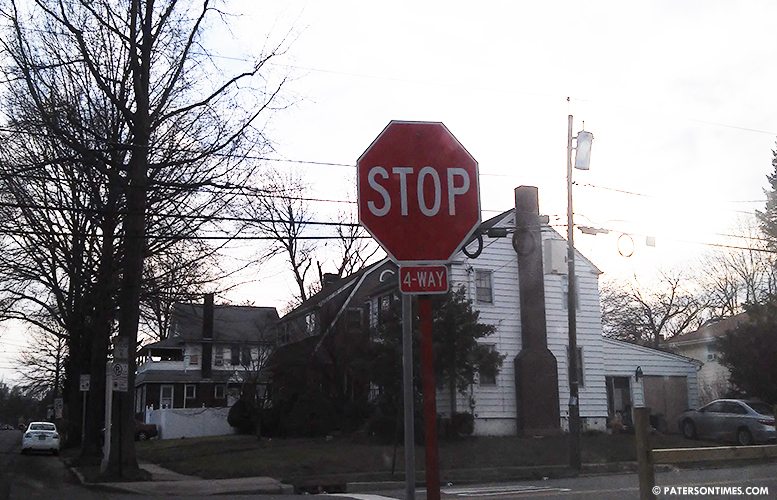 City officials put off a proposal to erect a four-way stop sign at the intersection of 15th Avenue and East 22nd Street to slow down speeding vehicles near School 13.

Councilman at-large Alex Mendez said the four-way stop is needed in the area to ensure school children can safely cross the street. He said the principal of the East 23rd Street school requested the stop sign that would force all vehicles approaching the intersection to momentarily break.

“My understanding, councilman McKoy, is that when they are coming from Park Avenue down East 22nd Street, they are speeding and they get to 14th Avenue where they have to stop at the stop sign. In the meantime, you have a school there,” added Ruby Cotton, 4th Ward councilwoman.

“This is an enforcement issue,” said McKoy. “We can’t just keep putting up barriers.”

“There’s been couple of accidents on that location,” said Mendez. “I think this is something we got to go for. I see how people fly there, they have no respect.” He called for better enforcement against speeding drivers. We should have no tolerance for those drivers: they don’t drive like this in Wayne and Haledon, he said.

To bolster his case for a four-way stop sign, Mendez said there was an accident two weeks ago on 21st Avenue and East 23rd Street where two School 24 students were struck by a vehicle. Cotton agreed with Mendez adding the four-way stop, although “unnatural,” will help slow down drivers.

Andre Sayegh, 6th Ward councilman, said four-way stop signs have produced good outcomes in his ward. He cited a four-way stop on Genessee Avenue and Paxton Street, where, he said, a horrifying car accident resulted in a homeowner finding a vehicle in his kitchen.

Andre Sayegh said a number of stop signs in his ward have prevented accidents. He cited Geneesse Avenue and Paxton Street. He said two years ago, a horrendous accident took place, where a vehicle penetrated a home and landed in the property owner’s kitchen. Since the implementation of the four-way stop, two years have passed, without a significant accident in the area, said Sayegh.

Sayegh said another four-way stop on Dey and Paxton Streets curbed speeding. He said both were placed there following traffic studies.

“If this is the principle we’re going to use, then we’re going to be putting up four-way signs on every block and on every corner,” said McKoy. He suggested police go to the intersection with a speed measuring radar car and start enforcing traffic laws by issuing tickets to speeding drivers.

“We have to step up enforcement, otherwise, you’ll be changing the traffic regulations for the city of Paterson: We’ll be the only city with four-way stops at every corner,” said McKoy.

Sayegh said decisions should not be made arbitrarily, but through a traffic study. Mendez said a traffic study was done for the proposed four-way stop on 15th Avenue and 22nd Street. McKoy asked to see it.

It will be taken up for discussion tomorrow evening.