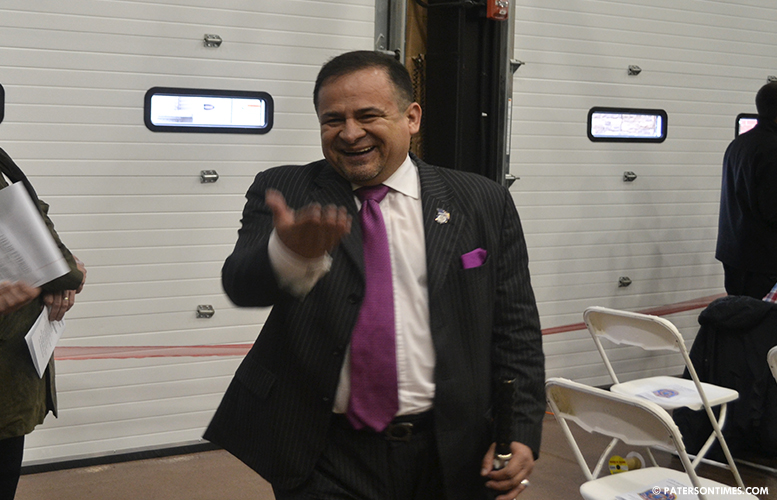 Mayor Jose “Joey” Torres has hired former Saddle Brook councilman Omar Rodriguez — who served as the de facto campaign manager for Torres without the actual title – as aide to the mayor for a $70,000 salary.

Rodriguez was hired on March 30th, 2015. He will serve as “personal aide and liaison between the mayor and the public” or “various government agencies,” according to his job description. Preparing correspondence, reports, and representing the mayor at speaking engagements are some of his other duties, according to the job description.

When asked if the position is necessary, Torres said other comparable cities have similar posts. “In other town similar to my size, there’s actually a paid deputy mayor, so the answer is yes,” said Torres.

The post requires Rodriguez to have a four-year degree or substitute work experience. His resume shows he attended the University of Science and Health in Lima, Peru for three years studying mathematics and science.

Rodriguez has plenty of experience in private and public sectors, according to his resume. Most recently, he worked as a community outreach coordinator for the New Jersey Community Development Corporation (NJCDC) from November 2012 to August 2013. Prior to that he served as chief administrator at the New Jersey Motor Vehicle Commission in Lodi from October 2006 to September 2010.

He also served as comptroller at City Tours in East Rutherford from 1991 to 2006, according to his resume.

“I’m of the opinion the position is still somewhat nebulous; however, the state seems to think it’s necessary, and both mayors, the previous and this one, seem to feel it’s necessary, so I hope, since we’re being overruled, the position does bring some value to the citizens of Paterson,” said Kenneth Morris, councilman at-large.

“Is it a priority? Do we really need this? Right now our priority is public safety,” said Andre Sayegh, 6th Ward councilman. “I’d much rather hire someone who can reduce the crime.” He said the city could have hired two police officers with that amount instead.

Both Morris and Sayegh wanted a city resident to fill the position. “I’d have liked someone from Paterson,” said Morris.

“I think he’s a talented young man and I think he has the ability to assist the mayor in addressing a lot of things that would come his way,” said William McKoy, 3rd Ward councilman, referring to Rodriguez.

Rodriguez, who was on duty Monday afternoon, declined to comment, during the opening of the new firehouse on McBride Avenue.

Business administrator Nellie Pou said Rodriguez will work very closely with the mayor. When asked whether the position was advertised, Pou said it was not. “This is more of a personal pick by the mayor,” she said.

The last person to hold the aide post was Charles Pettiford who was fired by the city council following the controversial overtime hearings in 2011. Pettiford was initially hired as chief of staff at a $105,000 salary by then mayor Jeffery Jones, but was later made aide to the mayor with a reduced salary of $90,000 before being booted out of city government.

“The council fired him for other reasons, not because it wasn’t a needed position,” said Torres. Pettiford was asked what were his role and responsibilities to which he was unable to provide an adequate response during the overtime hearing that resulted in his termination, according to city officials.

“It’s all a matter of performance,” said McKoy. “If you are able to perform and produce for the taxpayers then it makes sense.”