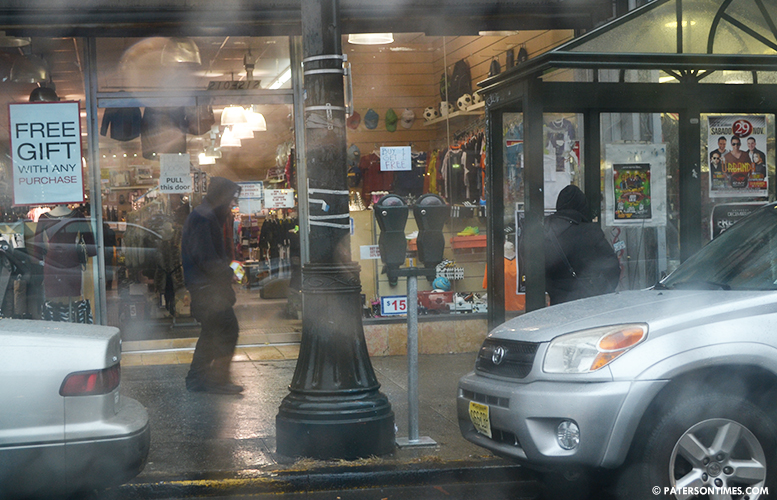 After two months of discussions on a proposal that would create two loading zones per block, one on each side of the street for every block from Broadway to Smith Street, the city council is slated to preliminarily approve eight commercial loading zones in the city’s downtown business district.

The loading zones are aimed at addressing businesses’ difficulty in loading and unloading merchandise while reducing traffic congestion in the city’s main commercial corridor after parking meters were installed creating a nightmare for motorists.

“We came up with what we felt made the best impact on emergency vehicle access, pedestrian safety, traffic flow, loading and unloading, and parking,” said Jamie Dykes, president of the Greater Paterson Chamber of Commerce. “We felt we addressed those issues given the confines of the street the best we could.”

The corner loading zones sit next to the legally required 25 feet no standing zones, said traffic engineer Hongchao Yu. Dykes said that will allow delivery trucks to go in head first into the loading zones without having to impede traffic by backing into it.

One corner loading zone will allow motorists to make a right turn quickly from Main Street when a motorist is making a left turn at the intersection which helps alleviate congestion, said Dykes.

Yu said the loading zones were designed in such a way as to ensure the maximum number of meters remain in each of the blocks. James Staton, 1st Ward councilman, asked why the loading zones change in length, in different blocks.

Yu explained state law requires commercial loading zones to be at least 50 feet in length. In the ordinances creating the eight loading zones, each loading zone is listed at 50 feet; however, the map depicted them much longer taking into account the no standing zones and the fire hydrant. Dykes said the spaces outside the 50 feet cannot be utilized as part of the loading zone, but will assist trucks to maneuver in and out.

The loading zones will be active Monday through Friday from 8 a.m. to 6 p.m., the usual business hours for most downtown businesses. The loading zones also sets a 30-minute time limit for loading and unloading, according to the ordinances.

The engineer worked with the city’s downtown business community including the chamber, business owners, and the Downtown Special Improvement District to come up with the new loading zones.

Previous attempts to get a large number of loading zones was vehemently opposed by William McKoy, 3rd Ward councilman. Alex Mendez, councilman at-large, brought the ordinances for a vote during early part of March, but did not get far until Dykes, Sheri Ferreira, executive director of the downtown improvement district, and business owner Erwin Baily began pushing for the loading zones.

Dykes explained the concept using charts and graphs to McKoy prior to the meeting. The councilman did not have many questions during the Tuesday’s deliberations.

Downtown businesses have been going without loading zones since meters were installed on the four blocks that run from Broadway to Smith Street late last year. Mayor Jose “Joey” Torres ordered the Paterson Parking Authority to install parking meters along Main Street, which was welcomed by businesses, for it allowed customers to cheaply park at meters and patronize local shops.

McKoy and other council members mentioned the issues that would result from large trucks taking up the corners. Much of those issues have been corrected with no standing zones and mid-block loading zones at extremely busy intersections.

The council is expected to preliminarily approve the eight loading zones during its next regular meeting.