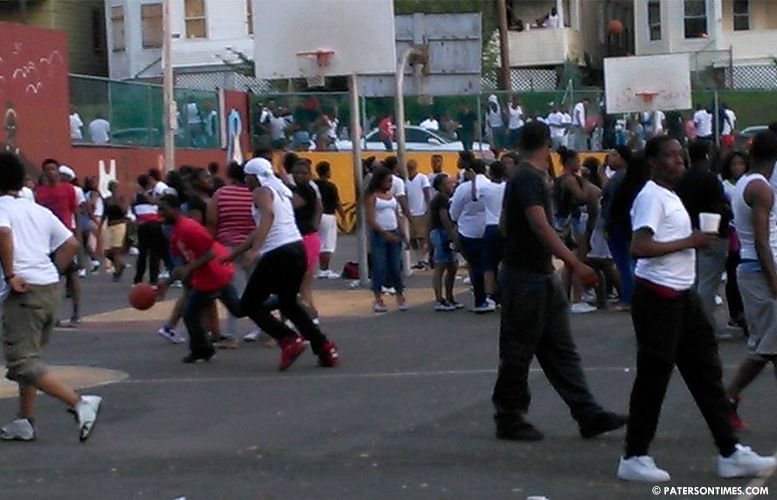 Two city street gangs that have been blamed for the shooting and murder of several city youngsters, have entered into a ceasefire or truce this week following weeks of meeting with community leaders who brokered the agreement.

The “up the hill,” concentrated in the 4th Ward, and “down the hill,” focused in the 1st Ward, tagged on to a truce on Monday night, said Kenyatta Stewart, an attorney.

“One of our problems is over: the up the hill, down the hill problem is over,” said Stewart on Tuesday evening. He said 25 members from both sides met in his office to hammer out an acceptable agreement.

Stewart found fault with referring to the groups as gangs. He said the designations has more to do with geography than anything else. In fact, he said “up the hill” could go as far as Eastside Park while “down the hill” can run through Union Avenue.

He said both groups have renounced gun violence and have agreed to abandon vicious territorial claims in both sides of the Passaic River that has claimed many lives, most recently that of Armoni Sexton, an athletically talented Paterson Sci-Tech student.

“It hasn’t been violent like this,” said Ruby Cotton, 4th Ward councilwoman. “They’re 16 and under, they are not even 19, 20, or 21.” She said it is good to see the youngsters listening to community leaders like Stewart, who himself lives in what would fall on the “down the hill” territory.

“The resolution was this, we tried to make it where they’d have perimeters at one point, as long as you don’t ride through my area then there’s no problem, but last night they decided: We don’t need perimeters anymore,” said Stewart.

Stewart said too often those territorial lines have resulted in shootings when a member of one group would infringe upon the territory of another.

A group of community and church leaders began to meet inside the Christopher Hope Center on Temple Street after the tragic shooting death of Sexton to figure out what to do to end the cycle of violence, said police director Jerry Speziale. Stewart was in on the meetings and he ran with the idea to broker some sort of a peace between the two groups, said the director.

Speziale said the two meetings in the hope center produced “tremendous” results. It’s a “herculean job” that Stewart accomplished, said James Staton, 1st Ward councilman. “I’m elated about that, that is good news,” said the councilman referring to the truce.

On Tuesday afternoon about 300 people from both up and down the hills gathered in Wrigley Park (pictured, courtesy, Jamie Bland) also known as Montgomery Park to celebrate the truce. The two groups played basketball together and broke bread through an outdoor cookout.

“This is the first time in five years all of those kids got together,” said Stewart.

The Monday night the two groups marched on Godwin Avenue and Governor Street during the night to celebrate the agreement, said Stewart. He said prior to the truce, he inquired about the conflict between the two groups. He said he was told an individual was killed in 2010 that resulted in the back and forth shootings.

“You lose one life and you lose the other life to the fact that someone goes to jail for the rest of their life,” said Speziale.

In 1997, a similar conflict existed between the two groups, said Stewart. “One of the issues we had in up the hill was there was a whole bunch of boys from down the hill that was willing to go up the hill to fight the kids from up the hill,” he said.

Cotton is hoping the truce will bring some sense of calm on her streets. She said many of these young people have little understanding what they are getting into; she said many join gangs due to lack of recreational opportunities. She said they start by hanging out in corners with older and more hardened members all the while picking up behaviors and traits from them.

She said the agreement may just work. Staton referred to a early morning shooting on Jefferson Street expressing some skepticism about the agreement. But, he too is optimistic about the truce.

“I hope we can have a nice clam summer that’s what I’m praying for,” she said.