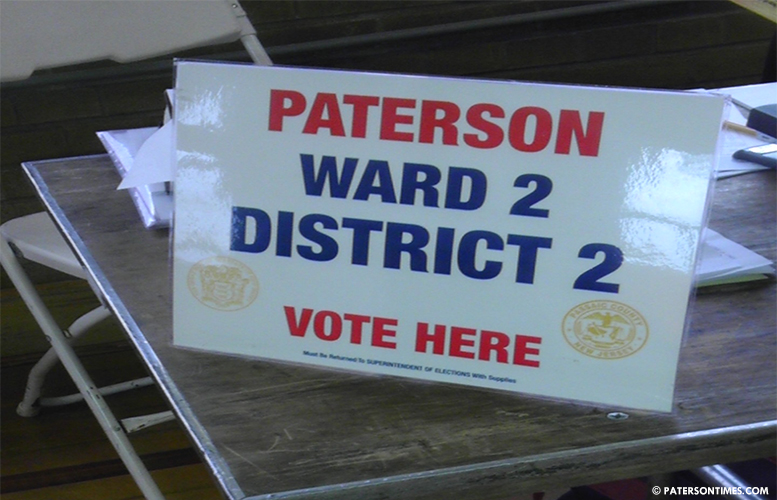 Prospective candidates for the city’s 2nd Ward council seat have begun campaigning almost a year before the election as if to capture some sort of a first-mover’s advantage in the May 2016 race.

One of those early campaigners Shahin Khalique has taken out advertisements in magazines and declared his intention to compete for the seat at a meeting two weeks. Khalique, who serves as the chief executive officer of Northern Star Transportation, has also recruited incumbent Mohammed Akhtaruzzaman’s former campaign manager: Henry Sosa.

“We have been visiting people and making phone calls,” said Jwel Khalique, brother to Shahin Khalique, on Tuesday afternoon in an email. The latter appointed his brother to speak on his behalf when contacted for comments for this story.

Jwel Khalique said his brother has yet to declare a run, but announced the formation of an exploratory committee on May 16th, 2015. Another prospective candidate Eddie Gonzalez, who recently unsuccessfully ran for an at-large seat, said he has decided to run as well.

“I’m going to throw my name into the fray,” said Gonzalez.

Other likely candidates for the seat may include former councilmen Kenneth McDaniel and Aslon Goow.

“I can’t say right now it’s too early,” said Goow. He said it would be premature to declare for a run this early in the game.

Goow, who represented the 2nd Ward for 12 years, before being ousted by Akhtaruzzaman, said he’s baffled as to why Khalique, who only recently moved from Wayne to Paterson, is even running.

They have a lot of issues in Wayne, he should be running there, said Gonzalez. Jwel Khalique defended his brother stating Shahin Khalique attended School 5 and John F. Kennedy High School in the city before relocating outside of the municipality; he said since December 2014 his brother has moved back to the Silk City.

“Why can’t he run in Wayne? Why’s he coming to Paterson?” asked Akhtaruzzaman concurring with Gonzalez’s comments. Akhtaruzzaman moved from Totowa to Paterson when he first ran and won the 2nd Ward seat.

When asked about his move from Totowa to Paterson a year before he first ran for office, Akhtaruzzaman said, “At the time there wasn’t any Bangladeshi-Americans running. It’s a big community that lives here and I saw we had to be at the political table.”

Both Akhtaruzzaman and Shahin Khalique belong to the city’s growing Bangladeshi-American community which is heavily concentrated in the 2nd Ward.

A subsequent residency issue resulted in a judge nullifying Akhtaruzzaman’s victory forcing him to run a second time for the same seat.

“Anyone has the right to run,” said Akhtaruzzaman.

Though Akhtaruzzaman said every resident has the liberty to run, he appeared concerned about Shahin Khalique’s candidacy mainly over the large influx of money that’s being injected into the race. Shahin Khalique’s family has bus contracts worth millions of dollars with New Jersey school districts which some say has allowed him to liberally spend in preparation for an election.

“I hear he has money,” said Gonzalez. He did not appear concerned about the influx of funds into a small election. I think he needs to spend money to garner name recognition, said Gonzalez. He said the more money Shahin Khalique spends the more obvious it becomes that he is not well-known.

“We have not spent a single dime on this campaign,” said Jwel Khalique. When asked about the full page ad his brother is featured in on a Spanish language magazine, he did not provide a response.

During a recent Dominican-American event where guests purchased pricy seats, Shahin Khalique is said to have spent a few thousand dollars on an entire table. At present, there appears to be no New Jersey Election Law Enforcement Commission (ELEC) filing under Shahin Khalique’s name.

“If he feels he needs to start this far out, maybe it’s wise for him to do that,” remarked Gonzalez. “I’m not going to go crazy spending my money.” He said money helps put out literature, but it’s more about meeting and discussing issues with voters. “I don’t know how you do that unless you’re buying people,” said Gonzalez.

Ever since Shahin Khalique declared his intention to run rumors began to circulate about his past, according to insiders. Akhtaruzzaman said he has heard rumors that Shahin Khalique was on probation some years ago.

A rudimentary background check by the Paterson Times reveals an aggravated assault-bodily injury offense under Shahin Khalique’s name. When asked about that offense, Jwel Khalique said, “He have been cleared to run by his attorney for the upcoming and any future elections.”

New Jersey statute prohibits anyone convicted of a third-degree offense to take office. Asked to make available his lawyer for comments, Jwel Khalique provided no response.

Not much is known about the offense or what sentence he received as a consequence. It’s not clear whether he was let off on probation.

“I don’t think anyone would vote for someone with a record. I wouldn’t. Would you?” stated Akhtaruzzaman. He said he has heard nothing but rumors, until now.

Akhtaruzzaman faces a tough challenge from Shahin Khalique as both men will rely heavily on the Bangladeshi-American vote to capture the seat. “His own people are disgusted,” said Goow of Akhtaruzzaman. “And that’s one of the reason this guy is probably running,” he said referring to Shahin Khalique.

“For me, I have an established base, my numbers are consistent from the first day I ran to the last election,” said Goow. “I feel good about it if I decide to run.”

“At the end of the day may the best candidate win,” said Gonzalez.