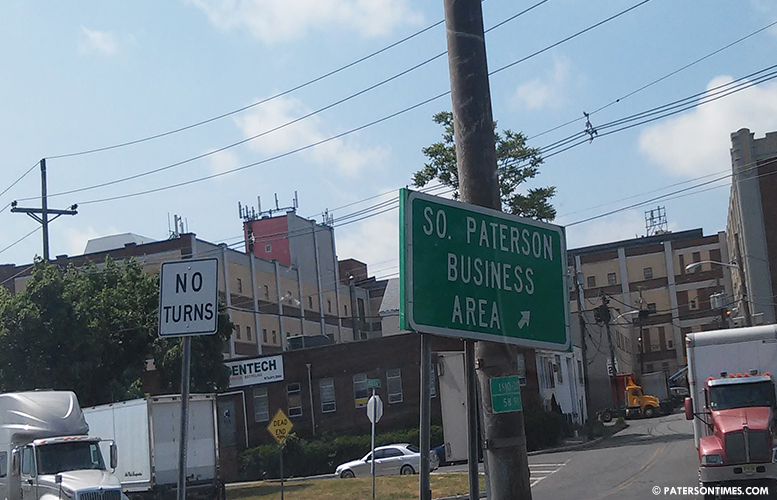 A group of property owners have come out against a proposed business improvement district in the city’s South Paterson section that will tack on an additional tax to provide extra security and cleaner streets in one of the city’s major business corridors.

“We don’t feel our property should be included in the area of the SID as we are not a retail establishment. And we’re really off the tracks geographically,” said Tony Stolarz, president of REBCO Incorporated, on Tuesday evening.

Stolarz’s building falls on Madison Avenue in the corner of Getty Avenue.

“The district is drawn in a way it seems we are being included for our high assessment values,” Ekaterina Valiotis of Alma Realty. Valiotis and Stolarz spoke for 15 properties that are included that do not wish to be part of the South Paterson Special Improvement District (SID).

Kenneth Morris, councilman at-large, found the boundaries of the district, after hearing from the two property owners, a bit strange. The longest stretch in the district covers Main Street from Crooks Avenue to Elizabeth Street, but there are tangents that includes large properties.

Those properties on Getty and Madison Avenues serve as the gateway to South Paterson, said Stuart Koperweis of Millennium Strategies which conducted the study that defined the borders of the district.

Valiotis suggested these 15 properties will likely shoulder disproportionate amount of costs to fund the district. Valiotis said she objected to the boundaries and the inclusion of her property to no avail. She said the minutes mention her name, but do not include her objections.

Koperweis said Valiotis concerns were “noted” in the minutes of the steering committee meetings. He said one of the recommendations that stemmed from several meetings between the district’s steering committee and Alma Realty was charging certain commercial properties based on a reduced assessment rate. He said commercial properties (classified as 4A and 4B) in a redevelopment area would be assessed at 50-percent of the going rate, which means, he explained Valiotis’ warehouse on Getty Avenue would pay a rate not on its full assessment, but on half of it.

“Those properties known as 4A or 4B that are in a designated redevelopment zone and have submitted plans for future use should be assessed at 50% of the established rate,” reads the study Koperweis submitted to the city two weeks ago.

Valiotis said she does not oppose business districts as is evident from her membership in the Downtown Special Improvement District where she serves on the board. Alma Realty also manages Center City Mall.

Council members intended to act on the South Paterson and the 21st Avenue business district ordinances creating both in the next few weeks; however with opposition from several property owners that vote is likely to be pushed further into the future.

“I think we need to slow the process,” said William McKoy, 3rd Ward councilman. He called for further research into the district after hearing from its opponents.

Andre Sayegh, 6th Ward councilman, who has been a proponent of special improvement districts, seeing them as a way to economically grow the city, suggested a public hearing and final approval of the two proposed districts before the end of this fiscal year on July 1st, 2015.

“We’re looking at 20 to 30-percent increase in value and a double taxation rate,” said Valiotis referring to the new tax assessments and a recommended tax rate of little over four-percent, “and adding a voluntary SID on top of that is just unbearable to our bottom lines.”