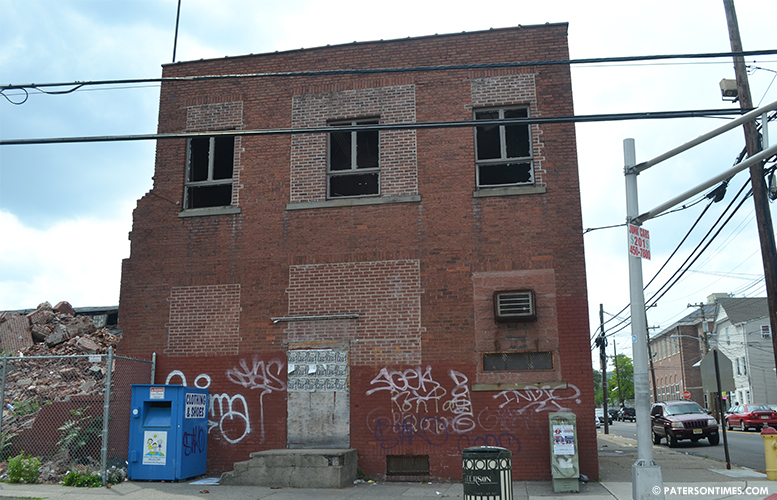 He said the four-acre waste disposal facility will produce “no noise” and “no odor.” He explained how the facility will take trash and convert it to energy: waste is presorted at the facility and placed into a pit, said Naarden. He said the waste is then run through a pressure cooker like system that ultimately produces engineered pulverized fuel, a black substance that resembles crumbed soil.

That black soil like substance is then burnt and electricity is generated, said Naarden. He explained there won’t be any plumes of smoke as is the case with incinerators.

Mayor Jose “Joey” Torres did not buy Naarden’s argument that his facility is unlike an incinerator. “He can call it whatever he wants, I call it an incinerator,” said Torres last Tuesday.

There may only be slight odorless steam that will be released from the facility as it burns the material, said Naarden.

“You mean to tell me you can have a building where you can burn this and people won’t smell it?” asked an incredulous Ruby Cotton, 4th Ward councilwoman. Cotton and other council members were provided with small glass bottles inside of which was the dark soil like substance.

There may not be any odor coming out of the building, but as trucks line up to drop refuse at the facility, the neighborhood may suffer from constant smell garbage, added Kenneth Morris, councilman at-large. “Even though the facility does not create smell those trucks do,” said Morris.

Morris asked about the number of jobs the facility will create. Naarden said it will take 75 employees to build the facility which will have the capacity to handle 205 tons of waste daily. He further said 29 full-time workers will be needed to keep it running. He said the average salary of the full-time employees will be around $61,000.

“They are nice jobs,” said Naarden.

Naarden said financing for the project will come from private investors and from the issuance of tax exempt bond through the New Jersey Economic Development Authority (NJEDA). When his company attempted to build a similar plant in Allentown, Pennsylvania, media reports indicates the company wasn’t able to secure the funds.

“That’s not true,” said Naarden dismissing those reports. “That’s still an ongoing legal thing. The city breached their contract with us.”

Naarden has his eye on a site in the corner of Madison and 3rd Avenue (pictured), where he wants to build the plant, but that site is contaminated, according to Torres. The mayor said the location was the site of a future school some years ago, but when the city’s school district figured out the site was contaminated it backed off.

“If we determine it’s contaminated, we may walk away from that facility,” said Naarden last Tuesday. On Monday, he revised his comments, “We’d take care of it if it made sense.”

Torres said finding four acres in a densely populated city isn’t easy. When asked if he is in favor of the project Torres said, “No, and I told him that.”

“I don’t understand why the mayor is against it,” said Naarden. He even attempted to sweeten the deal by proposing a public-private partnership. He suggested employing local high school students to gather garbage from the street to make city streets clean, but that idea backfired.

“The worst part of it all, to add insult, he thought our high school kids are just good enough to pick up garbage on the street,” remarked Torres.

“That’s obnoxious,” retorted Naarden. “How could that be a bad thing? I’m willing to pay the kids $10 an hour.”

Naarden pointed out that when the mayor knows a site is contaminated and he isn’t doing anything about it that’s a “complete dereliction of his duty.”

“By law, NJ State and DEP, if the administration knows a site is contaminated, they must remediate it,” said Naarden. “It’s a requirement.”

Naarden said there is one site in the Bunker Hill area that the company is looking at and another on 21st and Madison Avenues that he’s eying.

He also said there are 22 other municipalities in New Jersey the company is currently in talks with to setup a waste-to-energy facility. He would not provide any names. It’s not clear if there are any takers. The city appears cold to Naarden’s proposal, though he said a majority of the council members are on board.

Torres said he mentions other countries like South Korea, Germany, and Japan, using similar technology to turn waste into energy, but there’s nothing like it in the United States. The company’s presentation lists 87 waste-to-energy plants in the nation, but sewage sludge and DTE’s use of septage as well as its process to eliminate toxins is untried in the United States.

“Nowhere in the United States he has that going,” said Torres.

Naarden mentioned a testing facility in Egg Harbor in South Jersey. Torres dismissed the site as little more than a facility on trailer. Naarden said that facility is inside a building and not on a trailer as the mayor asserted.