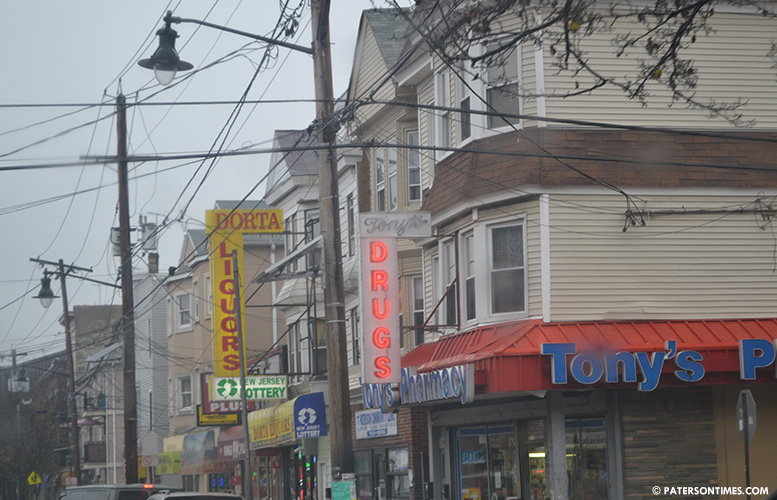 The city council approved a new special improvement district along 21st Avenue on Tuesday afternoon despite opposition from half-dozen property owners to bolster economic growth in the People’s Park section.

“The issues that were raised are cogent, legitimate, and should be answered,” said McKoy. He focused on issues raised by attorney James Turteltaub of Florham Park-based Carlin and Ward law firm.

Turteltaub, who said he represents six property owners who own 12 buildings on Lindbergh Place and Beckwith Avenue, said many of his clients did not receive notifications about the creation of the district.

“I’ve not been notified of this until now,” said Joseph Germinario, president of Allstate Information Management on Beckwith Avenue. He said his landlord informed him about the district.

Germinario said he’s also the owner of 28-42 Beckwith Avenue which tax records show is deeded to RT 80 Mini Warehouse Assoc. LLC. He said he owns two properties and has long-term lease on two properties in the area.

The district will be “detrimental” to his business, said Germinario. He was the sole property owner to express his opposition to the district.

Turteltaub said the properties he represents are industrial buildings that are not in need of the district’s services. The district promises to provide better security, cleaner streets, and an improved business environment in the area.

“The district as it’s designed will not provide any benefits to my clients,” said Turteltaub. “They don’t want to be part of that. They don’t believe they are part of it.”

John Granata, owner of John Granata Financial Services on 21st Avenue, rebutted Turteltaub’s comments that his clients will not benefit. “It’s not true. Everybody will benefit,” he said. He cited 42nd Street in New York City that witnessed a positive transformation largely due to a SID.

“It’s fine those owners spend money on attorneys, but when we ask them for money for the district they have such tight pockets it’s not even funny,” remarked Granata.

The attorney had documents and boards as well as experts to present his case during the hearing, but city law director Domenick Stampone cut the hearing short. Turteltaub said he sent a letter to city officials on June 29th, 2015 that stated his clients’ opposition to the district.

Stampone did not have the letter in front of him to engage Turteltaub, he said. The shortened hearing prompted McKoy to call the public hearing “flawed.”

“The objectors were not given a fair hearing because they were not able to present their case,” said McKoy. I think we’re damaging ourselves this is not the way to impose a permanent tax, said McKoy.

The properties that fall within the district’s boundaries will pay an additional tax to fund the improvements the district hopes to make to build a more vibrant business environment in the area.

Andre Sayegh, 6th Ward councilman, the main backer of the district, invited the objectors to get involved to further a collective effort to better the area. “We want a safer area, we want a cleaner area, so that Paterson’s image improves; and our economy in that area improves as well,” said Sayegh.

The opponents of the district were late to voice their opposition. For three years the district has been in the works. Even during recent presentations before the council none of those against the district came forth to oppose the creation of the SID.

“This is the first time I hear these concerns,” said Alex Mendez, councilman at-large. The appearance of the objectors raised uncertainties about whether to move forward with the district.

“I’m having some mixed feelings,” said Maritza Davila, councilwoman at-large. With only McKoy, who said he generally supports SIDs, in opposition the council approved the district.

“This is something 21st Avenue needs,” said Davila.