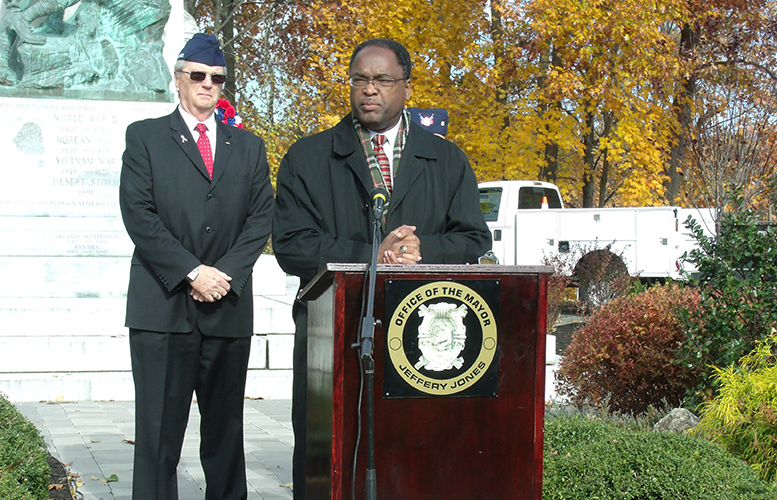 “My principle is to be accessible to each of you and be accountable to everyone” said McKoy, after being selected in an 8-1 vote.

The sole vote against the 3rd Ward councilman was from outgoing council president Julio Tavarez of the 5th Ward. Tavarez and McKoy have been constantly at odds during the past year.

McKoy’s election did not come as a surprise. He was widely expected to take to the helm after suffering a defeat last year.

This year’s contest was anticipated to be between McKoy and Ruby Cotton, 4th Ward councilwoman. However, that slightly changed, when Kenneth Morris, councilman at-large, quickly nominated McKoy for the presidency at the chagrin of Andre Sayegh, 6th Ward councilman, who was to nominate Cotton.

“I was interested in becoming council president, but I know how to bow down gracefully,” said Cotton.

Sayegh said he had the intention to nominate Cotton, but Morris preempted him. Cotton voted in favor of electing McKoy to the presidency. She said she has worked with him and others and will continue to do so, for the city needs it.

“I know one thing, our city is in dire need for help,” said Cotton. “You are going to pull us together again and that’s dearly needed,” she said of McKoy.

After the president was selected, council members had to select a vice-president.

The contest for the vice-president post was between Alex Mendez, councilman at-large, and James Staton, 1st Ward councilman. Morris wanted Staton to serve as vice-president for the remainder of his term which ends in November as tribute to service, but Sayegh nominated Mendez.

Mendez was selected as vice-president in a 5-4 vote. Maritza Davila, councilwoman at-large, McKoy, Morris, and Staton voted against Mendez. Davila, who lives in the 1st Ward, explained her vote was more in favor of her councilman than against Mendez.

“Don’t see us as a divided council,” said Mendez calling for unity in the council. “There’s going to be times when we disagree, but we have to disagree with respect.”

Business administrator Nellie Pou, who is serving as acting mayor in the absence of mayor Jose “Joey” Torres, said she looks forward to working with the new council president and vice-president.

For the past year Torres faced a hostile council president. In fact, just last month, Tavarez refused to allow the mayor to speak at a council deliberation session.

Pou said she is hoping on “expanding cooperation” and “narrowing difference” between the administration and the council.