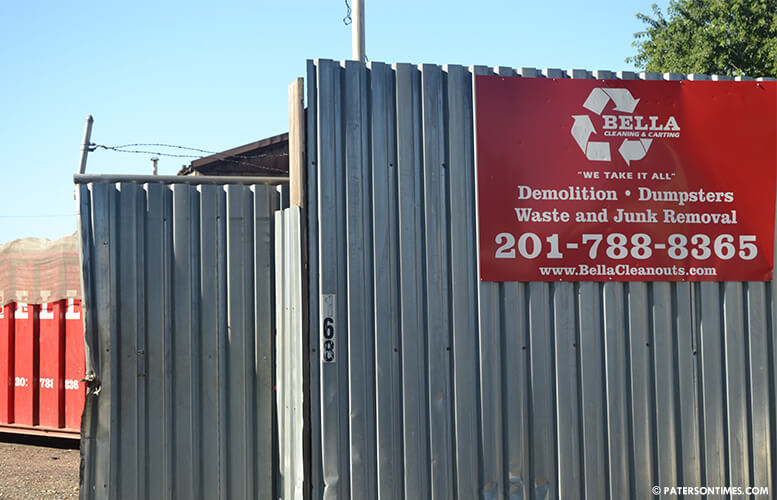 A group of 50 Riverside section residents have been fighting a waste disposal company that has been leaving dump trucks filled with refuse parked on city streets for the past few months.

City resident Gregory Pope, who has been fighting Ridgewood-based Bella Cleaning and Carting, said there are garbage trucks as well as dumpsters that are filled with garbage parked at the dead end of Warren and Putnam Streets.

“They are putting garbage in there. They’re not dumping it,” said Ruby Cotton, 4th Ward councilwoman, who represents the residents of the Riverside section. She said Putnam Street residents have been complaining about the stench that has been emanating from the trucks.

Ben Raabe, owner of the company, admitted “some” of the trucks parked on the street contained garbage.

Raabe said the city location is used for parking the company’s trucks and dumpsters. He said multiple times vagrants were found sleeping inside the trucks and the lot. He said there have also been incidents of theft at the site with criminals breaking into vehicles.

The incidents of theft and break-ins prompted the company to situate dumpsters on the one-way to protect the trucks, said Raabe. “You know that you can’t use part of the street for your operation?” asked council president William McKoy.

“I’m aware of that now,” said Raabe. He indicated he wasn’t aware of this before.

Could you operate this facility in Ridgewood? asked McKoy. He asked if Raabe could place a dumpster on the street in Ridgewood.

“You must think we’re idiots,” remarked an exasperated Tavarez. “You think we’re morons.”

Raabe’s allegedly illegal operation has been cited numerous times by city inspectors. The company was cited previously for operating an illegal business without a certificate of occupancy and for illegally parking trucks on an unpaved area, according to a memo from the city’s Community Improvement Division.

The company was in court to face the charges on June 22nd, 2015, according to the memo. Tickets were issued on June 19th as well. The business was told to quit operating, but it has not complied, said city officials.

Raabe said he has state solid waste permits, but that could not immediately be verified on Wednesday morning.

Council members urged the administration to shut down the business. City officials said there has to be due process to allow the company to correct the issues for which it was cited within 90 days. McKoy questioned the source of the 90-day correction.

“I think the city ought to shut it down,” said McKoy. “You’re polluting the air, you are poisoning me, I’m not going to give you 25 minutes to continue to do that — not when you’re doing it illegally.”

Tavarez called for criminal charges be brought against Raabe.

Fed up at the slow response from the city Pope asked when residents will get some relief. “I don’t understand why myself and our neighbors have to tolerate that for 90 days or any period,” said Pope.

The company has been operating at the location for five years by leasing the space, said the owner. The problem started in the next few months, said residents.

Cotton said for months residents have been pleading with Raabe, but he has been indifferent to their concerns.

She asked him point-blank if residents have been pleading with him to address the problems.

Pope and two other Riverside section residents were in the audience.