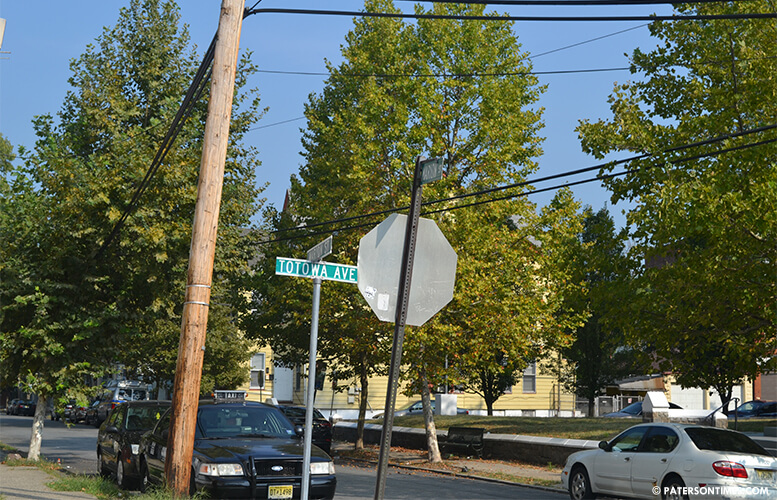 A group of Totowa section residents are at odds with 1st Ward councilman James Staton who previously blocked a proposal to turn a portion of Marion Street into a one-way.

The proposal was before the council a second time on Tuesday evening when a small group of residents came out to implore council members the need for a one-way in the neighborhood.

Hilario Perez, who lives on Marion Street, said the street is too narrow to accommodate two-way traffic. He and Alex Mendez, councilman at-large, have said the city’s traffic engineer has blessed the plan to turn Marion Street between Laurel Street and Totowa Avenue to a one-way southbound.

“I saw the traffic in the morning and the afternoon on Marion Street and it’s really difficult,” said Mendez.

Mendez has been pushing to get the street traffic flow changed for months. He said many others have attempted and failed to change the traffic flow on the last left turn off Totowa Avenue before descending towards Presidential Boulevard and West Broadway.

“It’s impossible to drive over there,” said Perez.

“For many years we’ve been having the same problem. Two cars cannot drive at the same time. One car has to wait before another car passes,” weighed in Veronica Ovalles, a candidates for the 1st Ward special election.

Ovalles said there’s been many accidents on that street because it is so narrow.

Staton, 1st Ward councilman, questioned the proposal. He asked why not turn the entire street into a one-way. He said there may be a greater need to turn Marion Street from the Brownstone Restaurant to Crosby Avenue a one-way.

Marion Street wasn’t just recently made into a two-way, said Staton. He said it has always been a two-way.

“I invite you to park your car there for one night and see how you find it the next day,” said Perez. He said motorists often rush to make a left turn from Totowa Avenue on to Marion Street because it is the last exist before a moderately long stretch towards the West Broadway bridge over the Passaic River.

Staton appeared irritated at the comment. He said he is familiar with the street having lived in the area for 27 years.

“It’s a difficult street when two cars are coming through,” added Maritza Davila, councilwoman at-large. “We have agreed there’s a definitely a problem.”

Davila said the measure was discussed in the council’s public works committee with both the city’s engineer and public works director.

“I’ve seen the pain,” said Mohammed Akhtaruzzaman, 2nd Ward councilman. “It’s better to be a one-way than both.”

A portion of Marion Street from Garrison to Laurel Streets is already a one-way, said residents.

William McKoy, 3rd Ward councilman, raised concerns about the direction of the traffic flow. Perez said it matters not whether the street is a one-way north or south bound, but that it is a one-way.

Mendez said residents of the area have gathered petitions to change the traffic flow on Marion Street.

“I think these folks have suffered enough,” said Julio Tavarez, 5th Ward councilman, who has turned many streets in his ward into one-ways to improve traffic flow.

The ordinance to convert Marion Street into a one-way is up for preliminary vote during the next regular meeting of the council.