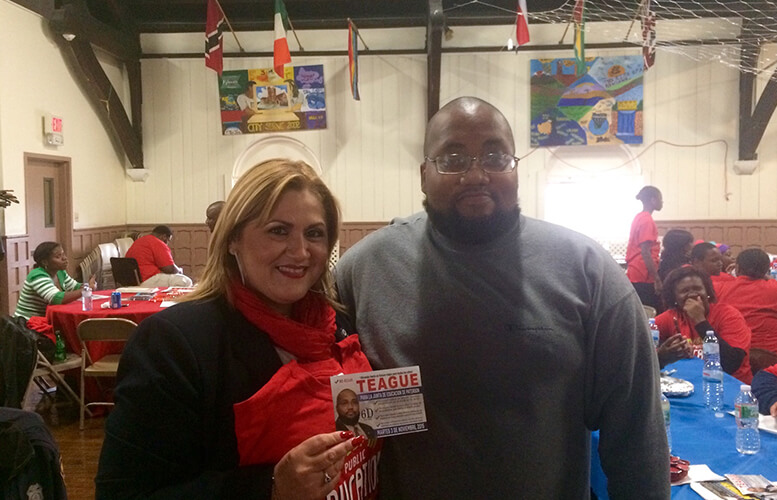 Incumbent school board member Corey Teague, who is running for re-election on November 3rd, 2015, has received a “significant” endorsement from an unlikely source last Saturday.

Councilwoman at-large Maritza Davila, who just few years ago was on the opposing side, endorsed Teague at a workshop against out-of-school suspension. “At the beginning I didn’t know she’d support me,” said Teague. He said during the last ward elections they were on opposing sides.

“She told me that she sees me fighting for the children and she appreciates the work that I’m doing,” said Teague.

Teague is one of six running for three up-for-grabs school board seat. Incumbent Errol Kerr and challengers Jesus Castro, Nakima Redmon, Oshin Castillo, and Kevin Michael Henry are the other candidates in the November school board elections.

“Sometimes you think all the work that you do is for nothing, but maybe not, maybe people are really watching,” said Teague. One of those who observed his work at the school board was Davila, said Teague, which yielded last Saturday’s endorsement.

Teague called Davila’s endorsement “significant” and “important.” Davila could not immediately be reached for comments for this story.

“I appreciate her endorsement,” said the incumbent.