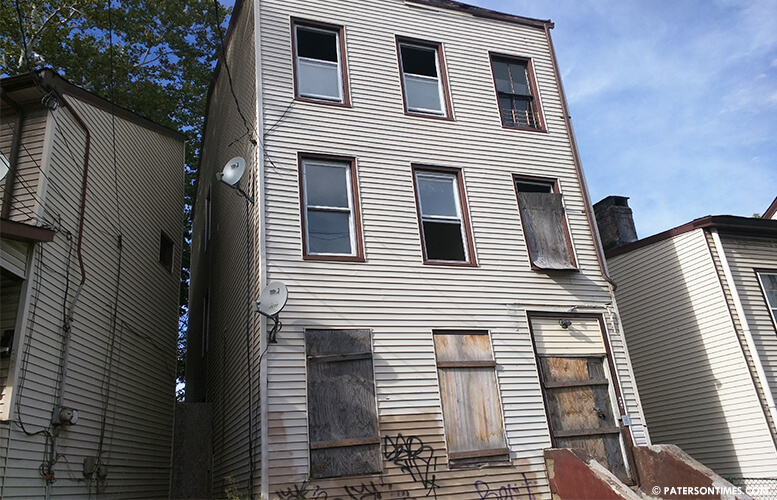 A year after the city council granted mayor Jose “Joey” Torres sweeping powers to take over abandoned properties to reduce the number of blighted structures in the municipality the city has yet to acquire any properties.

“What have they done? Have they taken one yet?” asked Ruby Cotton, 4th Ward councilwoman. The councilwoman made the comment on Tuesday evening as the city looks to extend its contract with Rochelle Park-based Florio, Perrucci, Steinhardt, and Fader, a law firm assisting the city in acquiring abandoned properties through summary court proceedings.

Law director Domenick Stampone pointed to the difficulty governments have in taking over private property.  “Because of the notice requirement it has been extremely slow going,” he said.

Stampone said it took the city six months to locate the out-of-state party owner of 304 Sherwood Avenue, which is being used as a test case, to serve notices.

“Because of the stringent notice requirement it has stalled,” said the law director of the property acquisition process. He said the Sherwood Avenue property has a hearing on November 10th, 2015 at the New Jersey Superior Court.

“We were really looking for something to celebrate at this point in time,” said Kenneth Morris, councilman at-large. “It’s a year later. Nothing really has been done.”

Stampone disagreed with Morris’ assertions. “The perception is nothing has been done,” said Morris.

“There’s been a significant reduction in the number of properties on the abandoned properties list,” said Stampone. He said the ordinance has forced many neglected property owners to spruce up their buildings.

“Where is this list of properties? And when does it get updated?” asked Julio Tavarez, 5th Ward councilman. He thought the process lacked transparency.

The 5th Ward councilman wanted the updated list to be posted online easy public access. Stampone said the list is constantly updated. The list is not posted online and accessing requires a call to the city’s economic development office, said city officials.

Sayegh said by doing so it will alleviate the tax burden on city taxpayers. “We got to do whatever we can do to generate revenue,” he said. “Making this available to anyone interested in investing is one step in the process.”

Cotton expressed great frustration at the city’s poor enforcement of local laws at abandoned properties. The councilwoman said most of the properties in her ward are owned by banks. She thought the city wasn’t doing enough to hold the banks accountable.

“They’re not even keeping up the property at all because no one is going after them,” said Cotton. The city council in May of this year passed an ordinance specifically to target banks that neglect their properties.

Stampone said the city has been issuing tickets, for he said the housing court on Friday morning is filled with those who were cited for neglecting their properties.

Torres did not respond to a message seeking his comments for this story on Wednesday morning.