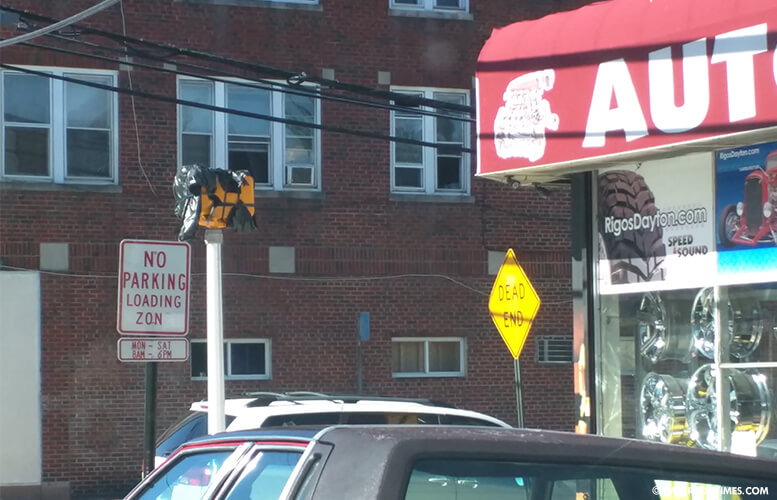 A month or so after a dispute erupted between Grand Street business owners and former city councilman Rigo Rodriguez over a loading zone, the city installed a time restriction plaque under the sign to correct a flaw that suggested the parking space was limited to commercial vehicles 24 hours a day.

Underneath the “No Parking Loading Zone” sign now sits a “Mon-Sat 8AM-6PM.” The newly added small plaque clarifies that the loading zone is inactive after 6 p.m. allowing all vehicles to utilize the space in the evening.

Michael Jackson, owner of Jacksonville Restaurant on Grand Street, said the new plaque prevents Rodriguez from towing the vehicles of other businesses in the area after 6 p.m. He noted that though the former councilman is no longer able to enforce the loading zone in the evening hours he can still tow cars that utilize the space between 8 a.m. and 6 p.m.

Rodriguez said he pays commercial license fees to the state which enables him to make use of loading zones. He has previously said the small truck is used by his business to deliver parts to the various car shops that order parts from his business.

Area businesses without commercial license plates that attempt to use the space between 8 a.m. and 6 p.m. are very quickly towed from the loading zone, according to area businesses.

Jackson and others alleged in March of this year that Rodriguez was using his police department contacts that he cultivated while councilman to quickly tow their vehicles. The businesses complained to the council about police towing their vehicles after 6 p.m. – when the loading zone becomes inactive.