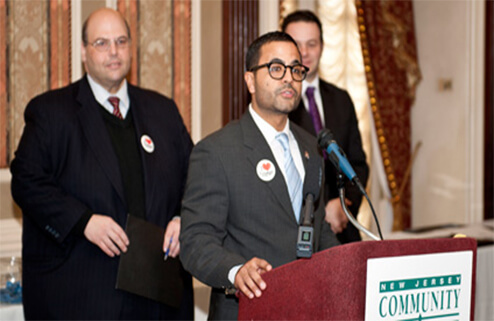 School board member Manny Martinez is heading into the polls on Tuesday with a number of key endorsements.

The police director said he endorsed Martinez last week. “I feel like Manny is up to the challenge,” said Speziale. He said he has known the Martinez family for more than two and a half decades.

Speziale said Martinez seems to have what it takes to better the 1st Ward and the city.

“Jerry and I have known each other for a long time. And we’ve had a good working relationship,” said Martinez.

Martinez is also receiving free promotion from Davila who took ad out for the entire Democratic Party ticket. She plastered the 1st Ward special election candidate under the Democrats general assembly and freeholder candidates.

Veronica Ovalles, who is one of four running in the special election, criticized Davila for attempting to pass Martinez as a Democratic Party candidate in a non-partisan election. The other candidates in the November 3rd, 2015 election are Bernard Jones and Michael Jackson.

Davila could not immediately be reached on Monday afternoon to determine the amount of money she was spending on the advertising for Martinez.

Davila, who has been delinquent in filing state campaign finance reports that show her political spending, has not filed any quarterly reports since taking office in July 2014.  The quarterly reports would have possibly shown the amount of money she was expending on promoting her favorite candidates in the general election.

The last campaign finance report Davila filed with the New Jersey Election Law Enforcement Commission (ELEC) in May of this year shows she had $10,500 in her campaign account.