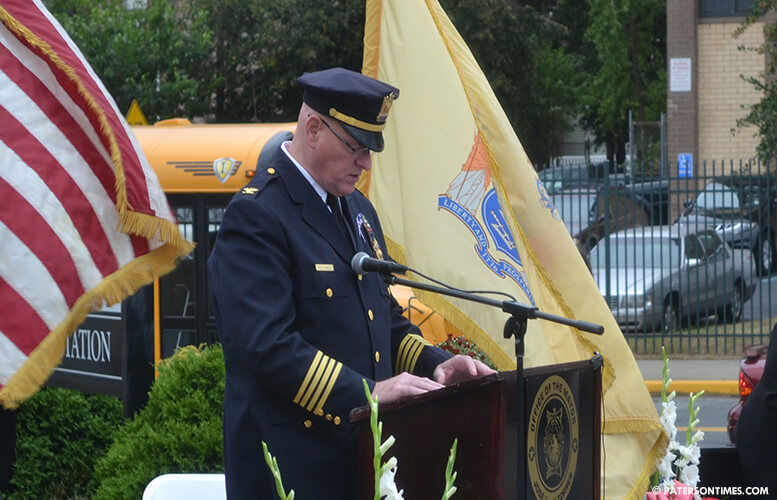 The city council postponed a vote on acting police chief William Fraher’s proposed contract which will boost his salary to more than $210,000 with promotional and retroactive adjustments at its special deliberation session on Tuesday evening.

Drafted in September of this year, the agreement grants several retroactive pay increases to the chief. In 2011, before Fraher became the acting police chief, his salary was increased to $174,530, according to the agreement.

In each successive years – including 2012 – Fraher is granted a two-percent salary increase which eventually boosts his pay to $210,632 effective February 1st, 2015, according to the agreement.

The agreement sets a $150,000 cap for Fraher’s retirement payout for “leave time, terminal leave, etc,” reads the accord.

Fraher has been working without a contract since he was promoted after the retirement of police chief James Wittig.

Council president William McKoy said the governing body requires clarity on some points before it is ready to vote on the contract negotiated by mayor Jose “Joey” Torres’ administration.

Council members held a behind closed doors discussion on the contract which runs from July 1st, 2011 through February 1, 2016 with the city’s law director Domenick Stampone and business administrator Nellie Pou after which they decided to postpone a vote until after a December workshop session.

The council will further discuss the agreement during its workshop session on December 1st, 2015, said McKoy.

Fraher has been working in the city’s police department for the past 40 years. He will reach the mandatory retirement age in 2017, according to city officials.