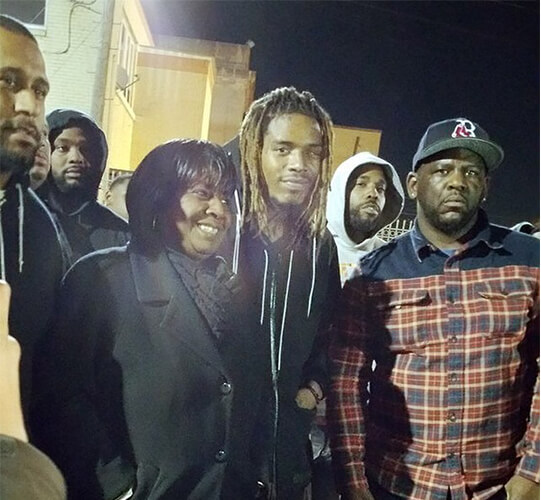 City rapper Fetty Wap handed out a truck load of turkeys to residents at the Masonic Lodge on Tuesday evening.

Wap purchased 200 turkeys from ShopRite and had them delivered to the Broadway building from which he handed them out to families for Thanksgiving.

Ruby Cotton, 4th Ward councilwoman, thanked the rapper and his team for the giveaway. “We as a community need to learn how to feed each other and take care of each other,” she said.

Community leader Emanuel Capers said roughly 150 people came out to the event. He said the remaining turkeys were delivered to families who can use them for Thanksgiving.

Paterson Cares, a grassroots organization that has been feeding the homeless for more than a year, the Passaic County Bronze Shield, school board member Kenneth Simmons, Cotton, and Capers handled the delivery of the remaining turkeys.

Cotton also thanked the Brothers of Paterson organization for the event. Wap is from the 4th Ward, said Capers.

Though the lines stretched long outside the lodge, many stayed home due to the cold weather, said Capers. “The weather was really cold,” said Capers.

“I think it’s remarkable to do that at his age,” said Capers about Wap. “He understands giving back to his community is very important.”