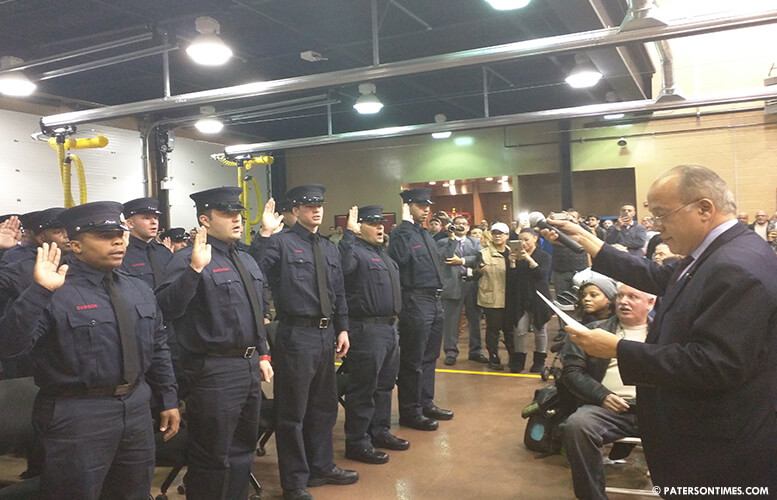 The city added 30 new firefighters funded through a federal grant during a ceremony on Monday morning at the McBride Avenue firehouse.

“When everybody else is running away from a burning building they are running in,” said Torres to the class which finished 16 week of training.

The salaries for each of the new firefighters is roughly $32,000, said fire chief Michael Postorino.

“You chose a profession that is selfless,” remarked senator Robert Menendez.

Postorino said this class is likely the most diverse the city has ever welcomed.

The chief said the city’s fire department is the busiest in the state receiving more than 48,000 calls for service every year. “We’re being asked to do more which requires more,” he said.

Pascrell’s grant will provide for the salaries of 49 firefighters over a two-year period, according to officials. The other 19 will undergo training and join the fire department at some point in the future, said officials.

The firefighters were sworn in by the mayor.