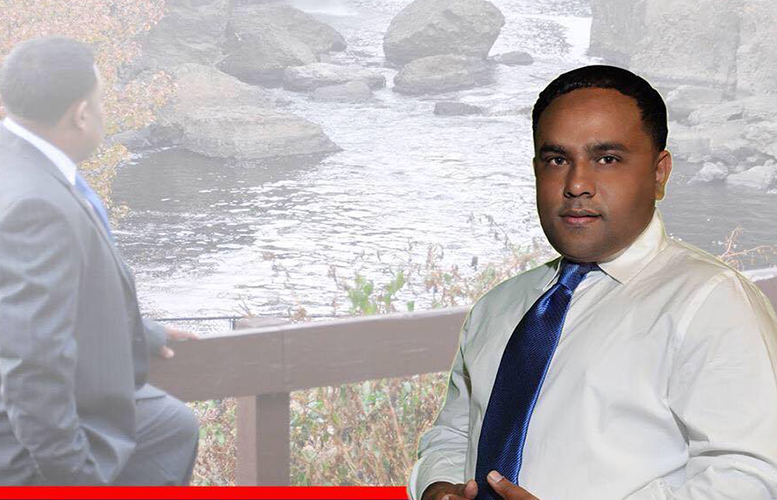 “We have spent lots of money on change you can see and feel,” said Khalique in an email response on Tuesday afternoon. He said his campaign hired part-time help to keep main thoroughfares in the 2nd Ward clean. The campaign also hired staff to assist the elderly with snow removal, he said.

“I can’t fight him with money,” said Akhtaruzzaman. He said he can only share his accomplishments with residents and seek their support for a second term. He said many of his roads have been paved and there’s a great deal of infrastructure work taking place in the ward which is made up of the Hillcrest, Totowa, and Stoney Road sections.

“We’re in an era of big money politicians,” added Kenneth McDaniel, former at-large councilman, who is seeking to return to the governing body.

Khalique is the owner of Newark-based Northern Star Transportation. He is running a self-funded campaign. The $65,215 in his campaign deposit account of which $9,784 remains on hand are from his pocket, according to the report, which does not list any donors.

“It’s a bit much,” said Eddie Gonzalez, when told his opponent has spent more than $55,000 four months before the election. “The more money you spend the more it says you’re not known.”

Khalique hired people to talk for him, said Gonzalez. He said he is going out there and speaking to residents one-on-one. He said many of Khalique’s canvassers have never met their candidate, at least one, said as much, when Gonzalez asked some questions the individual, who had handed him a campaign flyer, could not provide plausible answers. Just cliches “he’s a good guy” and “he has worked in the community” were responses from that one canvasser, said Gonzalez.

Gonzalez said the campaign worker could not tell him what Khalique’s platform was. “There’s a lot of people digging for gold at his campaign,” added t Akhtaruzzaman.

“We are knocking on every door. Talking to every voter and we are happy with the overall positive feedback we’ve received so far,” said Khalique.

Khalique is campaigning with money and hiding behind his canvassers, said Gonzalez. He suspects Khalique will be a no-show at the candidate forums.

Some of Khalique’s opponents raised questions about the $1,432.13 in bank fees — maintenance, overdraft, and non-bank ATM withdraw. Gonzalez said it’s a reflection of how he manages money.

McDaniel called the bank penalties “peculiar” that Khalique expended two-percent of his spending on paying for overdraft and other fees.

Gonzalez and McDaniel said the overdrafts, drawing more money than what exists in the account, raises concerns.

Khalique’s campaign also has smaller expenditures like $450 for domain and hosting. There does not appear to be a website for his campaign.

$3,000 was donated to mayor Jose “Joey” Torres campaign, according to Khalique’s report. Insiders have said Torres will likely remain neutral in the 2nd Ward race.

Torres has taken a page from disgraced mayor Martin Barnes’ playbook and is running a slate to deprive his enemies of council seats in the 6th and 5th Wards.

Akhtaruzzaman spent $21,150 to win the council seat in the November 2012 special election, according to his campaign records.