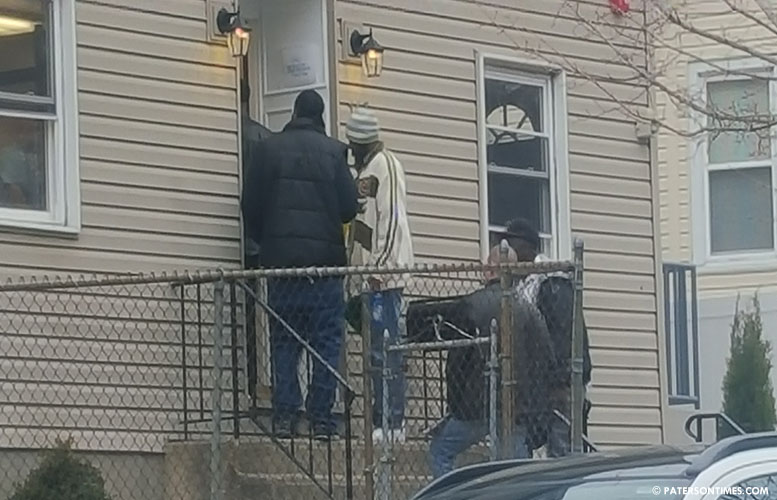 The controversial reentry program on Montgomery Street opened its doors to former inmates on Monday morning resulting in lines outside the home that was converted into office space for the program by public works employees, according to residents and officials.

Manny Mercado, who lives on the block, said he witnessed lines forming outside of the building since the start of this week.

“They did it ignoring neighbors’ concerns,” said Mercado. He and other neighbors opposed the location of the reentry program in their neighborhood for fear it will bring ex-offenders who will hang about the area and destabilize an already volatile neighborhood.

Mayor Jose “Joey” Torres has so far refused to respond to calls for comments about the program. When the Mercados contacted his office to express their concern, Torres became irascible and hung up the phone on them.

“I did not want that here,” said Mercado. He said it should have been located elsewhere in the city. “He did it out of nowhere. He [Torres] knows this is not right.”

“We weren’t alerted,” said Andre Sayegh, 6th Ward councilman, who serves as the chairman of the committee that over sees the health department. He said he is not opposed to the program, but disagreed with the use of public works employees to rehabilitate the residential building.

Torres has used public works employees to complete the rehabilitation of the two family structure at 147 Montgomery Street. So far, employees have clocked $23,000 in overtime as a result their work at the property owned by the Grace Gospel Church of Paterson.

Business administrator Nellie Pou has said the city will be reimbursed the cost of rehabilitating the building from the $180,000 federal Community Development Block Grant set aside for the program.

John Koufos, executive director of the New Jersey Reentry Corporation, said the program will kick off with $750,000 which will cover personnel and case managers. The money funds are being provided by the reentry corporation, he said.

Called the Center of Hope, the reentry program is modeled on Martin’s Place program in Jersey City. Former governor Jim McGreevey came to the city to defend the program earlier in the year. He has said the program will serve 11-15 people a week. Annually it will serve 175 to 250 ex-inmates.

McGreevey said the program will serve Passaic County residents coming out of detention.

Ruby Cotton, 4th Ward councilwoman, who supports the program, did not respond to calls for comment.