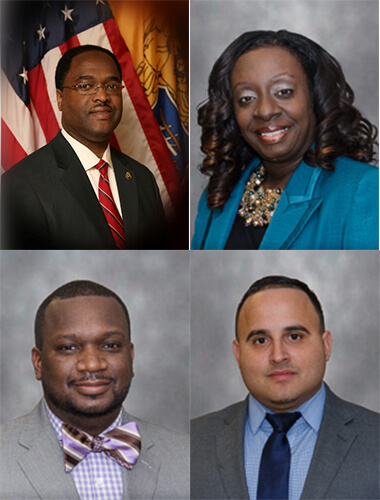 Four candidates were certified on Monday afternoon to run in 3rd Ward city council race, according to the city clerk’s office.

McKoy has been representing the 3rd Ward for the past 16 years. Many of his opponents are campaigning to bring “change” to the ward.

McKoy narrowly defeated upstart Alex Mendez in 2012 to retain the 3rd Ward seat. The incumbent received 1,480 votes in that election while Mendez came in second with 1,400 ballots.

Mendez captured an at-large council seat during the 2014 municipal election.

McKoy is expected to face a tough competition with two other African-Americans in the race. In a city, where votes are cast along ethnic lines, the incumbent’s base is being courted by both Mimms and Simmons.

Rivera, who is the sole Latino candidate in the race, will likely have an easier time in the competition.

Pedro Rodriguez, who expressed a desire to run in the 3rd Ward, said he decided against it. He said he is being kept busy with his work in the 2nd Ward election serving as Mohammed Akhtaruzzaman’s campaign manager and working for the city’s police department.

“I’m focused on the security of the city,” he said. Rodriguez said he left a much higher paying job to work for the city.

Torres may have pulled Rodriguez out of the 3rd Ward race to avoid seeing two of his allies engage in vicious competition. McKoy has been a close ally of the mayor.

Rodriguez would have taken votes away from Rivera. Without Rodriguez in the race, McKoy will face a stronger Rivera.