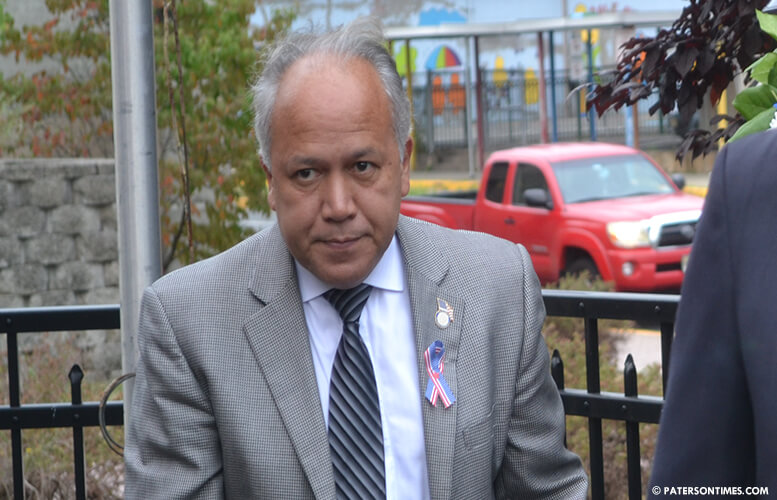 “It’s all false,” the mayor told the Paterson Press. “When everything gets aired out and the dust settles, everyone will see there’s nothing there.”

Torres explained one instance of public works employees working at his home. He told the Press one or two city employees worked at his property to build four bookshelves in his daughter’s bedroom in the past year.

The job was done on the employees’ own time rather than while on municipal time, said Torres. He said he covered the supplies expenses and paid the employees $50 from his pocket for the work.

Torres said the employees who completed the work are old friends who have close ties with his family.

Council members were provided screenings of the video tapes on Tuesday night. Council president William McKoy has called for authorities to investigate the matter to “clear the air.”

The videos were shown to council members by a WNBC investigative reporter. Torres was unresponsive to request for interviews to comment on the videos, but when the reporter pursued him in the second floor of the city hall last week, Torres is on video completely denying the allegations.

“I don’t know what you’re talking about,” Torres told the reporter.

The videos show more than one instance of workers at the home. The videos cover nearly a year, according to those who watched the tapes.

Councilman Julio Tavarez has called for a Committee of the Whole to investigate the allegations.

The council directed the city’s law director, who is appointed by the mayor, to refer the matter to the Passaic County Prosecutor’s Office and the New Jersey Attorney General’s Office.

Authorities declined to comment whether an investigation has been opened.

WNBC has not shared the videos with the Passaic County Prosecutor’s Office or the New Jersey Attorney General’s Office.

The investigative report which will air on Channel 4 tomorrow at 6 p.m. does interview a former U.S. Department of Justice official, according to sources.

Sayegh denied having played a role. He said he has yet to see the video footage. He said he did see the promotional clip that has been running.

“Him accusing me is laughable. It’s absolutely absurd,” said Sayegh. “I guess he just doesn’t see it, it’s wrong.”

“NBC has obtained evidence of DPW employees working at his house. Did I direct them to go to his house?” said Sayegh. The 6th Ward councilman said he has reviewed the New Jersey ethics laws and thought Torres’ conduct “unethical.”

“He [Torres] has influence over those employees. They should be nowhere near his house,” said Sayegh.

Torres failed to respond to calls for comment on Wednesday.

Sayegh ran against Torres in the 2014 mayoral election. His opponent — Al Abdelaziz — in the May municipal election is being supported by Torres.

Torres also invited a criminal investigation about the allegations, according to the news report.