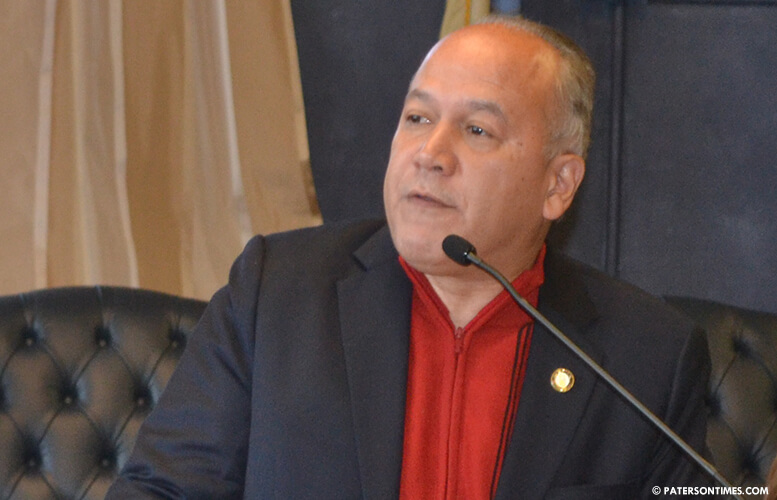 The New Jersey Attorney General’s Office appears to have opened an investigation into allegations mayor Jose “Joey” Torres used public works employees to do work at his home on Arlington Avenue.

Acting attorney general Robert Lougy’s office has served subpoenas to the private investigator who captured the incriminating videos showing a group of city employees working at the mayor’s home over the course of a year.

Private investigator Harry Melber of Glen Ridge-based AHM Investigations has confirmed authorities have served him with a subpoena to obtain the videos he captured. Segments of the footage aired last night on WNBC showing public works employees at the mayor’s home going in and out with drills, unloading a large beer cooler, and removing construction debris.

“Our policy is that we neither confirm nor deny the status or existence of investigations,” said Peter Aseltine, spokesman for the New Jersey Attorney General’s Office.

The footage captured from November 2014 to September 2015 also shows public works employees working at a Riverside section location connected to the mayor’s nephew, according to the report.

The video report states that two public works employees told the reporter the mayor asked them directly to work nights and weekends at the location to open a beer distribution facility. The videos show public works trucks going in and out of the location.

Public works employees, who did work at the soon-to-be beer distribution facility, told the reporter they did the work free of charge, and considered it social time with the mayor, who served them free beer sometimes.

Hanlon was on city time while doing the task for the mayor, according to his timesheet obtained by WNBC.

Torres at first denied the allegations public works employees were working at his home. A reporter asked him what city workers were doing at the mayor’s house located in the corner of Crosby and Arlington Avenues.

“I don’t know what you’re talking about,” responded Torres. He later acknowledged one or two public works employees built a bookshelf in his daughter’s bedroom for which he paid the men $50.

Torres did not respond to calls for comment on Friday.

The videos disturbed council members who called on authorities to investigate. Council president William McKoy on Tuesday night called on the New Jersey Attorney General’s Office and the Passaic County Prosecutor’s Office to “clear the air.”

Akhtaruzzaman joined councilmen Julio Tavarez and Andre Sayegh in calling for a Committee of the Whole, the council’s investigative mechanism. He said he wants an explanation from public works director Manuel Ojeda.

Ojeda could not be reached for comments on Friday.

“From what I’ve heard it appears to be compelling,” said Kenneth Morris, councilman at-large, who said he has not yet viewed the broadcast. He said these circumstances erode the public’s trust in government.

“Even when there’s the appearance of impropriety it still has the effect of eroding public trust because there’s always going to be a small segment of the population, that, even if an elected official is vindicated is going to feel that justice wasn’t served in some way,” said Morris.