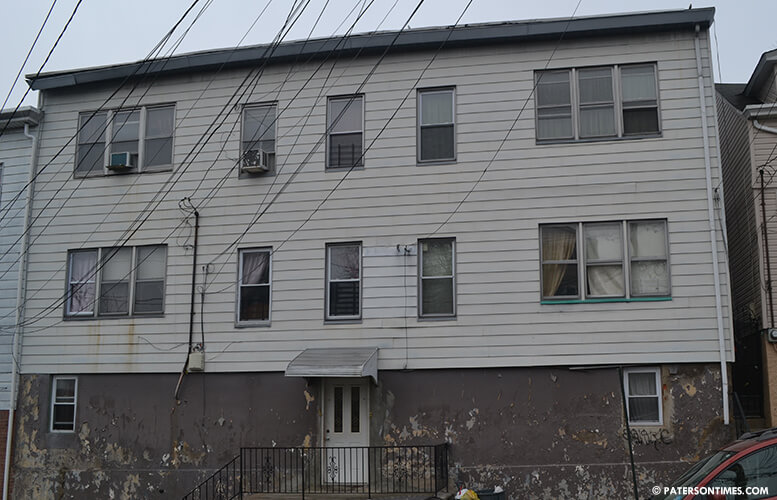 After falling on financial hardship, Nazim Uddin sought out a way to reduce his mortgage payments, which pushed him into the arms of an unlicensed foreclosure specialist, according to court documents.

Uddin scraped together $15,000 from his family and friends to cover the “fees” for loan modification to reduce mortgage payments for 108-110 Birch Street. He paid $5,000 in cash to the alleged mastermind of the foreclosure rescue scheme Lutfur Uddin, according to court documents.

The rest of the money — $10,000 – was paid to Montclair-based Goodson Law Offices. Lutfur, the purported foreclosure specialist, told the Uddin family the modification would significantly reduce their principal balance and interest rate.

Lutfur also told the Uddins, who were not in default, to stop making mortgage payments to Wells Fargo, for that was the only way to obtain a loan modification. The Uddins obliged. 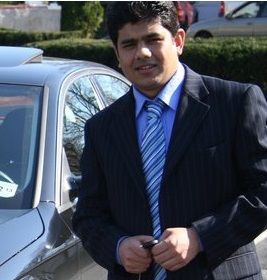 “I trusted them. I trusted them 100%,” said Uddin. He had no reason not to for, he obtained Lutfur’s contact information from a “family friend” named Faruk Siddique, who operates out of the Sonali Exchange on Union Avenue, serving as the go-to individual for assistance of all sorts for a large number of the city’s Bangladeshi-American residents.

“In January of 2012 Faruk, at the time a “family friend,” stated that he knew someone who could help the Uddins and introduced them to Lutfur,” reads the lawsuit filed by the Uddins in federal court to regain their home.

Siddique, who will play a vital role in furthering the alleged scam, denied recommending Lutfur to the Uddins.

“It’s all lies,” said Siddique of the lawsuit. He repeated his statement several times while claiming he did not speak English. He said Uddin took Lutfur’s business card from his Union Avenue office where he keeps a large number of cards for various businesses. Lutfur visited the Uddins in their home to discuss a plan to provide them assistance with lowering their mortgage payments on the home purchased in 1991 and later refinanced.

Uddin, an immigrant of Bangladeshi extraction, worked at a factory for $7 or $8 an hour in order to save up money to purchase the two-family colonial, which was occupied by him, his wife Fatema Uddin, and four children, two sons and two daughters.

Uddin became disabled from working at his factory job in 2004. Since then, he has been financially supported by his son and the little money he receives from the U.S. Social Security Administration, he said.

Uddin said Lutfur, who identified himself as a foreclosure specialist from the Goodson Law Offices, was extremely persuasive when he visited his home and offered to provide relief. He said Lutfur conversed with him and his wife in Bengali winning their trust.

Lutfur told the Uddins the Goodson Law Offices and he would “handle everything” as Wells Fargo began foreclosure proceedings in October 2012. There was no retainer between the Uddins and the law office, according to court documents.

Lutfur declined to comment on Monday. He suggested contacting his Westfield-based lawyer Frank McIntyre who did not return a call for comment.

Neither the law firm nor Lutfur filed any representation on behalf of the Uddins. The court dismissed Wells Fargo’s unopposed foreclosure complaint on December 2012. Lutfur and Goodson Law Offices had knowledge of the dismissal, but did not inform the Uddins, according to court records.

In the spring of 2013, Lutfur returned to the Uddins, telling them, without any documents or denial letters from the bank, there was no hope of receiving a loan modification. “There was nothing else that could be done,” he is reported to have told them, according to court documents.

Lutfur told the Uddins he would arrange a “short sale” through which the family would reacquire the property at a reduced price, from a temporary holder. He made the arrangements for a short sale and found a temporary buyer for the property.

In May 2013, Lutfur visited the Uddins again, with a sale contract. The contract listed Siddique, the “family friend,” as the buyer for the property for $89,000.

The Uddin’s property was worth an estimated $308,000 in 2013, according to real estate website Zillow.

The Uddins were represented by Verona-based attorney John Caruso. The Uddins never received advice, conversed, or even met Caruso prior to the execution of the sale contract, according to court records.

“That’s in litigation. I can’t talk about it,” said Caruso on Monday afternoon when contacted for comments. After the closing, Lutfur told the Uddins the property would be returned to them for $100,000, according to court records.

“The Uddins, unsophisticated in real estate matters/transactions, were unaware and had no reason to believe that Lutfur’s version of a short sale was wholly illegal,” reads the lawsuit.

“Irrespective of the statements reflected in the HUD-1, Faruk as the straw buyer, did not pay any monies towards settlement,” reads the lawsuit. The money paid by Siddique was indirectly provided by Christopher Goodson and Shelim Khalique, according to the lawsuit.

The “glaring conflict of interest” was never disclosed to the Uddins, according to the lawsuit.

Goodson did not return a call for comment for this story.

Khalique, who owns a school bus company called A1 Elegant Tours, told the Uddins he had no intentions of returning their family home. He directed Goodson, who was paid $10,000 by the Uddins, to evict the Uddins, according to the lawsuit.

Khalique handed a $135,000 cashier’s check from A1 Elegant Tours to Goodson’s law office to purchase the property, according to court documents. Those monies were wired from the Goodson Law Offices to another company called Five Star, owned by Goodson, to complete the allegedly “fraudulent transactions,” according to the lawsuit.

“This a legal matter we’re handling,” said Khalique. “I don’t want you involved in this. Just leave me alone.”

Goodson at some point represented all the actors involved, according to the lawsuit.

The Uddins suffered $370,940 in damages as a result of the transaction, according to the lawsuit. Wells Fargo also suffered losses, according to court documents.

“Wells Fargo is not a party to the lawsuit and was unaware of the Uddins’ allegations until today,” said Jim Hines, assistant vice president, consumer lending communications at Wells Fargo.

Khalique’s brother Shahin Khalique is running in the 2nd Ward for a city council seat in May.

Councilman Mohammed Akhtaruzzaman said the lawsuit presents only one example. He said there’s dozens of similar cases involving residents in the 2nd Ward who have fallen victims to short sale schemes.

Akhtaruzzaman estimates more than a dozen properties. Khalique owns 5 properties believed to be acquired through similar short sale procedures under the Preakness Real Estate name, according to city records.

Lutfur owns another 5 properties under his Gold Member Firm company, according to city records.

Akhtaruzzaman said the pervasive foreclosure scam in the Totowa and Hillcrest sections in his ward forced him to take the issue to the Passaic County Prosecutor’s Office.

“I went to the prosecutor’s office. They didn’t do anything,” said Akhtaruzzaman. He said he provided documents to someone at the office more than a year ago. He said he does not recall the name of the individual he spoke to.

The Passaic County Prosecutor’s Office did not immediately have a response on Monday afternoon.

Yarmouth, ME-based attorney Thompson Thomas, the Uddins’ attorney, said he could not discuss the case. “We’re trying to negotiate a settlements,” he said.

“Some of these people are going through real hardship and then you got someone coming in to take advantage of them,” said Akhtaruzzaman. He said he has been conducting outreach to warn residents about the foreclosure scams that are being perpetrated by several groups specifically targeting 2nd Ward residents.

Uddin, evicted from his family home, now resides with his son in Totowa, he said.