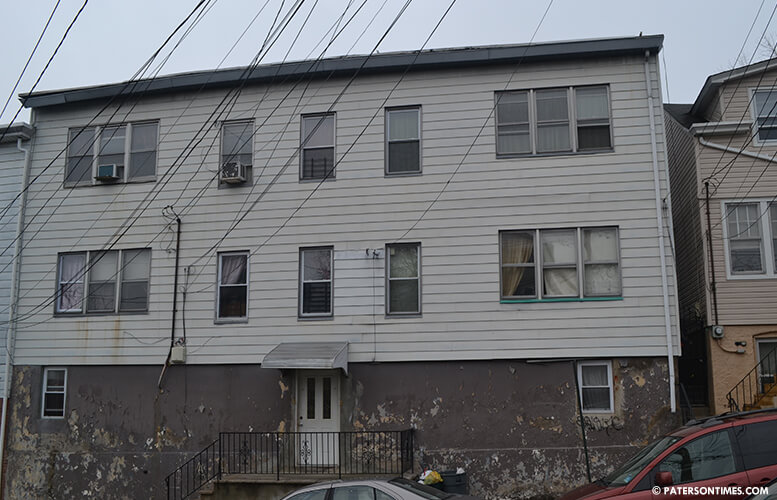 The allegations made by a man who claims he lost his family home to a foreclosure rescue scheme are being disputed by an attorney alleged to have played a role in the situation that resulted in a federal lawsuit.

Christopher Goodson, principal of Montclair-based Goodson Law Offices, said Nazim Uddin, who claims his family home located at 108-110 Birch Street in Paterson was taken through an allegedly “illegal” short sale in a lawsuit filed in federal court in November, is no victim.

“Nazim Uddin made money from the sale of the house,” said Goodson on Tuesday morning in response to a Paterson Times story based on Uddin’s lawsuit. He cited a $3,000 relocation incentive listed in the HUD-1 Statement from the sale.

Uddin’s attorney in the lawsuit questioned the veracity of the HUD-1 Statement, an itemized list of fees charged for purchasing or refinancing real estate, stating that it was “false and deceptive.”

Goodson stated that the check was cashed by Fatema Uddin, wife of Nazim Uddin, who is part-owner of the property.

Nazim Uddin is reported to be out of the country. He could not be reached for comments.

Goodson also disputed a $10,000 check that was made out to his law firm. He said that check was deposited into his trust and not business account. Though the check is from Nazim Uddin’s son – Imran Uddin – the attorney said it was given to Lutfur Uddin, the main actor in the alleged foreclosure scheme, for an investment.

Lutfur and Imran are friends, according to Goodson, and the funds were used to purchase a property.

This conflicts with the allegation that Lutfur collected $15,000 from the Uddin family for a loan modification. Lutfur took $5,000 in cash payment and directed the Uddins to pay $10,000 to the Goodson Law Offices for loan modification, according to the lawsuit filed by the Uddins.

Lutfur Uddin is not related to the Uddin family.

Lutfur met the family through Faruk Siddique, who works at the Sonali Exchange on Union Avenue, according to the complaint filed by the Uddins. Siddique denied recommending or connecting Lutfur with the Uddins.

Siddique said Nazim Uddin took Lutfur’s business card from his office. He said he keeps hundreds of business cards at his office frequented by a large number of the city’s Bangladeshi-American residents.

Lutfur met the family several times, often conversing with them in their native tongue, Bengali, to win their trust. He allegedly promised them lowered principal and mortgage payments through a loan modification. The lawsuit filed by the Uddins states Lutfur identified himself as a foreclosure consultant with the Goodson Law Offices while not licensed by the state of New Jersey.

The lawsuit filed by the Uddins states Lutfur met them through Siddique in January of 2012. The Uddins began missing payments on August 15th, 2011, according to the foreclosure complaint filed by Wells Fargo and provided by Goodson to the Paterson Times.

“How can they have taken Lutfur’s advise to start missing payments when they were a good 5 months behind on their payments before ever hearing of his name?” said Goodson.

Lutfur has denied all the allegations made by the Uddins.

The Uddins allege Lutfur was not able to obtain a loan modification for them. Lutfur then is alleged to have proposed a “short sale buyback” through which the Uddins could lower their mortgage payments, according to the Uddins’ court complaint.

Lutfur allegedly proposed the Uddins sale their property to a buyer through a short sale for a fraction of the property’s real value and re-buy it at a lower cost to obtain a lower mortgage payment.

“Lutfur’s version of a short sale was wholly illegal,” according to the Uddins’ complaint. New Jersey law bars a property owner from financially benefitting from a short sale.

Lutfur allegedly made arrangements, drafting a sales contract and finding a buyer for the short sale. He allegedly used Siddique as a “straw buyer” to take possession of the property through a short sale for $89,900.

Siddique admits purchasing the property, but has denied all other allegations, according to court filings. He also denies being a straw buyer.

The funds to purchase the property for a fraction of the cost allegedly came from Five Star Funding, a company owned by Goodson. The Uddins were represented by Verona-based attorney John Caruso at the closing.

“Caruso conspired with Mr. Goodson in the facilitation and orchestration of the fraudulent short sale of her home,” alleges the complaint filed by the Uddins.

The property was then transferred from Siddique’s name to Preakness Real Estate, a company owned by Shelim Khalique.

Though the property is now indirectly under Khalique’s name, the Uddins continue to collect rent on the four units at the property, said Goodson. He said the Uddins were residing in Totowa while much of the loan modification and short sale processes were taking places.

He said the Uddins have been collecting rent since October 2009. “They have never stopped collecting rent from the 4 units and continue to do so to today,” said Goodson.

Goodson also disputed the claim that the Uddins were “unsophisticated” in real estate transactions. He pointed out the Uddins were granted a loan modification by Wells Fargo in October 2009.

Goodson also said he never represented the Uddins. The Uddins in their complaint acknowledge there was no retainer agreement with the Goodson Law Offices, but tie it to the $10,000 check and Lutfur’s alleged statements that the law firm and he would protect their interest, according to the complaint.

Lutfur is alleged to have told the Uddins the Goodson Law Offices would “handle everything” for them, according to the complaint filed by the Uddins.

The Uddins’ complaint alleges Lutfur, Goodson, Khalique, Siddique, and Caruso conspired in a fraudulent short sale buy back scheme to purchase the property below market value and then flip it for a profit for themselves.

The Uddins in their complaint allege all five violated the Racketeer Influenced and Corrupt Organizations (RICO) Act by allegedly working together in the alleged scheme. The five are also accused of allegedly committing wire fraud, bank fraud, and money laundering in the Uddins’ family lawsuit.

Goodson said the Uddins are looking for a free house and $1 million to settle the case. Yarmouth, ME-based attorney Thompson Thomas said the case is being negotiated.

Goodson though has specifically said Nazim Uddin is not a victim. He points out Nazim Uddin has given the impression he does not speak English while being fluent.

Nazim Uddin’s background has also come under question as Tuesday’s report caused a stir in the city’s Bangladeshi-American community. For example, one source said while the Birch Street property was going through foreclosure and Nazim Uddin was collecting rent he acted as a slumlord rarely addressing the concerns of his tenants unless the problem reached a level where it was impossible to ignore.

Nazim Uddin is also alleged to be distantly working with another group of individuals perpetrating a similar scheme that he is alleging against Lutfur, Goodson, Khalique, Siddique, and Caruso, according to sources.

Nazim Uddin’s son Imran Uddin is a “good friend of Lutfur,” according to Goodson. Goodson said at one point Nazim Uddin flew to his native country in the same plane. He said Nazim Uddin and Lutfur sat next to each other on the plane.

Khalique, whose brother Shahin Khalique is running for a council seat in Paterson’s 2nd Ward, has yet to file an answer to the allegations against him, according to court records.