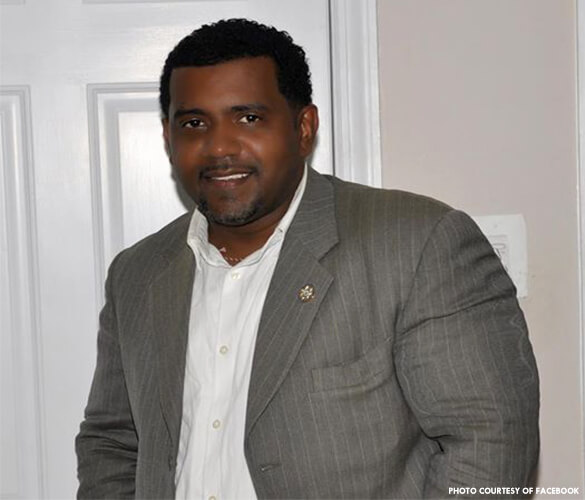 Incumbent councilman Mohammed Akhtaruzzaman alleged one of his opponent’s campaign manager Henry Sosa, who has a lengthy criminal history, is behind the bogus letter that went out to voters in late March urging them to discard mail-in ballots triggering an investigation.

Akhtaruzzaman alleged Sosa devised the letter as an extrication strategy for supposedly promising Shahin Khalique upwards of 1,000 mail-in votes in the 2nd Ward election. “He’s doing this to save his back,” said Akhtaruzzaman last Thursday of Sosa. “You know from records he’s a criminal minded guy.”

Sosa’s criminal history obtained by the Paterson Times reveals he was sentenced to a three-year prison term for burglary, receiving stolen property, and criminal attempt in 1993.

Records show another burglary charge which was disposed on March 7th, 1995.

That same year he was again in the criminal justice system on armed burglary, receiving stolen property, and burglary charges. This case was disposed on April 5th, 1995, according to the records.

In 1996, Sosa was again charged with criminal attempt.

Sosa declined to comment on his criminal records for this story on Friday afternoon.

Akhtaruzzaman did not spare Sosa’s candidate Khalique. He cited Khalique’s aggravated assault-bodily injury offense which appeared in a rudimentary background check conducted by the Paterson Times in May 2015, but has since disappeared from criminal background searches.

Khalique said after the report emerged he went to a judge to obtain clearance to run. “I’m cleared by the judge to run for council,” he said.

The incumbent used both the candidate and his campaign manager’s criminal background to suggest the campaign is run by individuals accustomed to engaging in acts that fall outside of the law.

When asked if he expunged his criminal records after it was reported, Khalique said, “I’m not going to make any comments. I don’t have any records.”

Sosa last Thursday alleged that Akhtaruzzaman’s campaign was behind the fake letter which discouraged mail-in voters from submitting their ballots. Instead, the letter which implied it was from the U.S. Department of Justice, urged voters to discard their mail-in ballots.

The Passaic County superintendent of elections has said the letter is bogus and opened an investigation.

“Henry is the same person who ran his campaign twice,” said Khalique. “It was okay for Henry to run his campaign, but now he’s the bad guy?”

“At that time we didn’t know,” responded Akhtaruzzaman of Sosa’s criminal records. He said he learned about Sosa’s past in court battle with former councilman Aslon Goow.

Goow won the case against Akhtaruzzaman which resulted in a special election.

Akhtaruzzaman knew about Sosa’s criminal records the second time around. “He wasn’t a real campaign manager in my second election,” he said of Sosa’s role in his second election. “We used him as a shell.”

Khalique said the letter targeted individuals who signed his petitions. He said Akhtaruzzaman was the only person to have obtained his petitions through an open records request from the city clerk’s office.

“Some of my people got the letters too,” said Akhtaruzzaman.

Akhtaruzzaman said this is not the first time Sosa allegedly made big promises about absentee ballots.

Akhtaruzzaman said Sosa did the same when he worked on Andre Sayegh’s mayoral campaign in 2014. He had promised large numbers of absentee ballots, but failed to deliver. More recently, Sosa ran a poor campaign for Manny Martinez in which the school board member suffered a bad defeat at the hand of businessman Michael Jackson, he said.

Akhtaruzzaman said Sosa promises large number of mail-in votes, accepts payment from the candidates, and then fails to deliver.

Akhtaruzzaman won in the past two elections – the 2012 municipal and the 2012 special election – by utilizing mail-in ballots. Most of the mail-in ballots were collected from the city’s growing Bangladeshi-American community and were done by persuasive Bengali speaking supporters, he said.

Khalique’s campaign is aggressively chasing mail-in votes to obtain an edge in the competitive four-person 2nd Ward race. He spent more than $55,000 even before the field was set.

Akhtaruzzaman is defending his seat against Goow, Khalique, and Eddie Gonzalez.