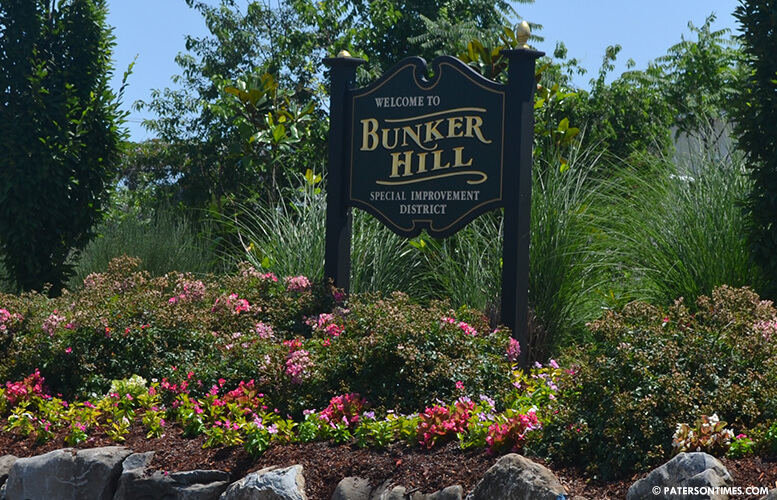 Feeling the crunch after commercial property owners were hit with large tax increases due to a combination of property revaluation that shifted the tax base towards businesses and doubling of the tax rate, both the Bunker Hill and the Downtown Special Improvement Districts have reduced their 2016 budgets.

“We’re trimming expenses to do right by our property owners,” said Sheri Ferreira, executive director of the Downtown Special Improvement District, on Tuesday night. She said the 20-percent reduction means the district will spend less on personnel expenses and events that promote the city’s downtown retail hub.

Ferreira received praise from Alex Mendez, councilman at-large, for putting on events, particularly the 4th of July fireworks festival and the Christmas tree lighting, which promote the downtown and the city.

“Everything’s looking good, but we need more security,” said Elvis Durham, who calls himself the “Prince of Paterson,” at the public hearing on the budget. Council members also called for more security in the downtown area.

Jamie Dykes, business administrator for the Downtown Special Improvement District, said the district ran into legal issues when it utilized security guards. Mendez urged the district to earmark more money to at least have a one-person security patrol in the district.

Other council members raised questions about garbage in downtown streets. Maritza Davila, councilwoman at-large, said it “saddens” her to see large amounts of garbage on Main and Market Streets.

“I see the filth. I see the garbage and I’m truly shocked,” said Davila.

Ferreira said the district has a three-person team – clad in red jackets and khaki pants — that works from 9 a.m. to 5 p.m. to clean up the streets within the district.

“Very seldom do I see them,” said Davila, who works at the Passaic County Community College.

“I see them. Those people are working their behind off,” said community activist Waheeda Muhammad.

Michael Jackson, 1st Ward councilman, came out against the Downtown Special Improvement District, arguing commercial property owners are not getting much benefit from the district. The district provides properties in downtown with sidewalk snow removal in the winter. Events put on by the district attract thousands of shoppers to the downtown area. It also provides more security to ensure a safe holiday shopping season. And it was successfully in lobbying for loading zones in downtown, pointed out representatives of the district.

Jackson also wanted to know whether businesses think they are benefiting from the district. He asked for opinion survey data. Ferreira said the district does not have any opinion data, but she noted every year downtown property owners cast their ballots in favor of keeping the district alive.

Dykes said all property owners are mailed a ballot every year. He said about half of them participate in the district’s annual vote. It also has a board made up of property owners who make spending decisions.

“The downtown area is no better off. These taxpayers are paying additional money yet it’s filthy down there. It’s no cleaner, no safer than any other part of this community,” said Jackson as he motioned to table the budget ratification resolution.

None of Jackson’s colleagues supported his move to block the downtown district’s budget.

It’s not clear how much of Jackson’s history with Dykes played into his move to block the district’s budget. Jackson received a $140,000 loan from the Paterson Restoration Corporation (PRC) to expand his business only to default on it. Jackson later blamed Dykes, who was chairman of the PRC at the time, for his default.

“I shudder to think what downtown would look like without the SID [special improvement district],” said Morris. He said the city has to do much more to revitalize its commercial heart.

Morris said the city should look to provide free parking to shoppers as many cities with revitalized and thriving downtowns have been doing. He cited Morristown and Montclair, both of which have thriving downtowns.

“One of the key component of that is free parking,” said Morris. Indeed, after mayor Jose “Joey” Torres re-established the parking meters on Main Street more shoppers began to appear on weekdays and weekends, according to anecdotal reports.

Businessman Tila Nazir said his business on Washington Street was thriving in the late 1990s when there was a free parking lot nearby, but once the free parking disappeared so did his customers.

Council members ratified the budgets for both the Downtown and the Bunker Hill business districts on Tuesday evening.

“Our money comes 100-percent from the people in the district. Nothing comes from the city,” noted John Fressie, a member of the Bunker Hill district’s board of directors, before Jackson’s criticism of the Downtown district.

Freese also received praise for the landscaping and security that his district provides to the manufacturing businesses in Bunker Hill section.

“It is very pretty down there and you do an excellent job in beautifying the area,” said Ruby Cotton, 4th Ward councilwoman, of the Bunker Hill district.