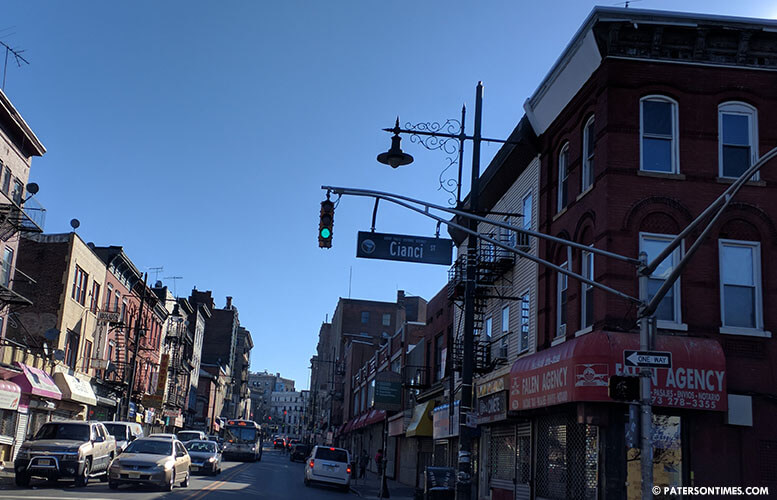 The city is recognizing its Peruvian-American community by designating a rectangular portion of Market Street from Mill to Main Streets as Peru Square.

The city council is expected to “designate the area bordered by Mill, Market, Main, and Cianci Streets as ‘Peru Square,’” reads the honoring resolution.

“This is the recognition of all those who have come before us and after us,” said Nelly Celi, who spoke for about a dozen Peruvian-Americans at the city council chambers on Tuesday evening.

30,000 residents of Peruvian heritage call the Silk City home. The Peruvian consulate is also located in downtown Paterson because the city serves as the unofficial capital of the country’s Peruvian diaspora.

“This is something I talked to my dad about,” said Maritza Davila, the city’s first Peruvian-American councilperson. “When he got here, he never left.” Her father though did not live to see the area being designated to honor his home country.

There’s been much behind the scene discussions over what the designation should be called – Peru Lane, Peru Boulevard – for the past six months. Davila wanted the section named Peru Lane while others wanted it called Peru Boulevard which resulted in brief deadlock that resulted in a miniature protest in early January.

But a compromise was reached to call the designation Peru Square.

“I’m proud,” said Davila, whose deceased father lived in Paterson for more than 50 years. Her father and other Peruvians have made the city a better place, said council members. The area being designated as Peru Square is home to a large number of businesses that are operated by Peruvian-Americans.

“I’m honored to be part of this. This is a great thing. A lot of Peruvian people live in this city. So many business owners are Peruvian especially on Union Avenue and Market Street,” said Mohammed Akhtaruzzaman, 2nd Ward councilman, who has a large Peruvian-American population in his ward.

“The Peruvian community has been working hard in that section,” said Alex Mendez, councilman at-large. “If you want to go to a good Peruvian restaurant that’s the place to go. This is going to be great for the community.”

Mendez and Akhtaruzzaman called on the group to organize a big summer festival in the area.

“It’s good for us to know our heritage,” said Ruby Cotton, 4th Ward councilwoman.  “You got to remember one thing: No matter what we are, we’re all in this city together. We have to learn to live together and work together.”

“It’s always refreshing to see we can come together as a group,” said council president William McKoy citing the disagreement over name that emerged earlier in the year.

The council will vote on the designation on Tuesday, April 26th, 2016.