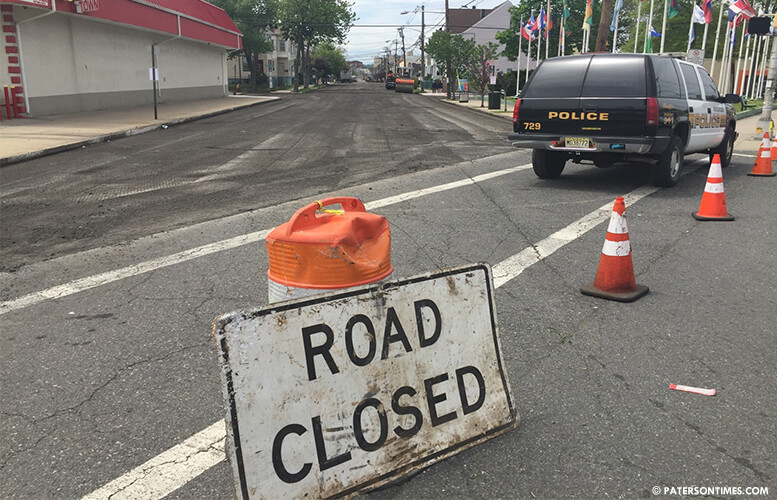 The closure of roads close to polling sites in the 2nd, 5th, and 6th Wards are negatively impacting voter turnouts, according to candidates.

The closure of a portion of 20th Avenue close to School 24, a polling site, is hindering voters from getting to the polls, said incumbent Andre Sayegh, 6th Ward candidate.

“It’s frustrating people,” said Sayegh. He said he called the city’s public works which confirmed the city is doing work on the road.

Public works director Manny Ojeda said 20th Avenue is being resurfaced as per the city’s road resurfacing program. When told of candidates complaining about the road closure impacting turnout, Ojeda said he is making sure the roads are opened so as to not prevent voters from going to the polls.

“As we speak we’re opening up that road,” said Ojeda. The director said he has instructed the city’s engineer to double check to ensure none of the roads close to any other polling sites are being obstructed.

“If they are to open them all up because we don’t want to prevent people from voting,” said Ojeda.

6th Ward’s district 4 and 5 cast their ballots at School 24. The same closure is also impacting the polling site at the Governor Paterson Towers on 20th Avenue.

“If folks can’t get to the polls it’s an issue,’ said Chrystal Cleaves. She said she has not yet received any complaints about the road closure near the towers.

In the 2nd Ward a one block closure close to School 19 on James Street is likely reducing turnout as well, said incumbent Mohammed Akhtaruzzaman.

“They shouldn’t be doing it today,” said Akhtaruzzaman. He said he suspects it will negatively impact turnout, but said has not received any complaints from voters. “It’s probably causing problems,” he said.

Also in the 2nd Ward, earlier in the day from 8 a.m. to about 10:30 a.m., challenger Aslon Goow said a block close to School 27 was closed off making it difficult for voters to get to the polling site.

Public works employees were taking down a tree close to School 27, said Goow. He said the voter contacted the city clerk to complain about the closure.

Ojeda said a hazardous tree was removed from the location.

One of his supporter, clad in a yellow shirt handed flyers to voters almost at the entrance of the school, according to photographs and witnesses.

“If someone is too close there are authorities there to let them know to move 100 yards away,” said Khalique.

Goow said he also spotted a Khalique supporter at the entrance of School 19. He confronted the worker, who was later removed from the spot.

“If a candidate has to do it then I guess the nerves are kicking in,” remarked Khalique.

“They will do anything they can get away with it unless someone calls them on it,” said Goow.

The Al Abdelaziz campaign has released a video showing Farhanna Sayegh, the incumbent’s spouse, allegedly campaigning at School 24. The video shows her speaking to two poll workers while a third person, possibly a voter, engaging in discussion.

“She was talking to one of the poll workers,” said Sayegh. He said she was not campaigning at the polling site.