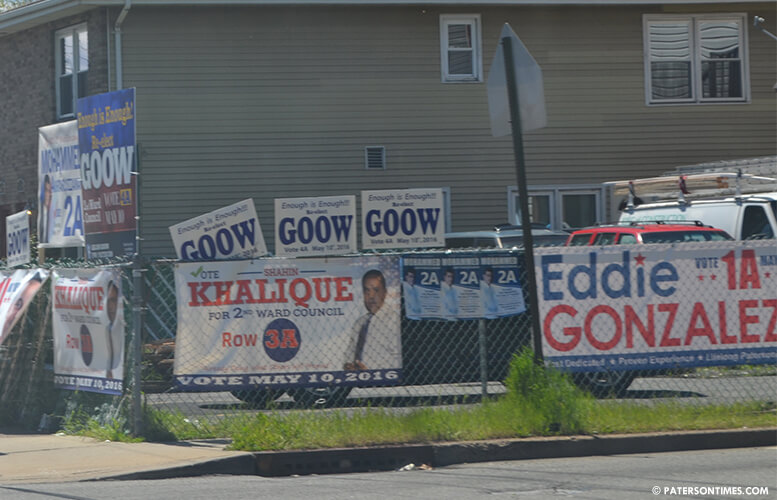 Councilman Mohammed Akhtaruzzaman has filed in court on Monday morning seeking a recount of all the votes cast in the city’s 2nd Ward election.

The incumbent’s court filing comes after a contentious 2nd Ward election in which newcomer Shahin Khalique claimed a marginal victory over Akhtaruzzaman through a sophisticated vote by mail operation that produced 1,009 mail-in votes.

“We just want to make sure everything was counted,” said Akhtaruzzaman on Monday afternoon.

The court filings made by Susan Champion of Wayne-based law firm Hunziker, Jones, and Sweeney states there are “reasons to believe that an error has been made in the counting of the vote and its tabulation” by Passaic County election officials.

“He will try everything in his power to delay the outcome of this election,” said Khalique of Akhtaruzzaman’s court filing.

Khalique has a 19-vote lead over Akhtaruzzaman after all the in-person, mail-in, and provisional votes were counted last week.

The final count had Khalique with 1,400 votes and Akhtaruzzaman with 1,381.

Khaliques’ use of mail-in votes garnered criticism from all three of his opponents in the four-person race.

There have been reports of alleged questionable conduct by Khalique’s team which allegedly pressured voters into submitting mail-in ballots. In one instance, a top ranking Khalique campaign worker pressured an elderly couple until they completed and mailed their mail-in ballots.

The large number of mail-in ballots in the 2nd Ward election prompted the Passaic County Superintendent of Elections Sherine El-Abd to open an investigation.

Challenger Eddie Gonzalez has said there have been questionable conduct in the 2nd Ward election. He said he has evidence of wrongdoing which he intends to forward to the New Jersey Attorney General’s Office.

Neither Gonzalez nor Goow were surprised by Akhtaruzzaman’s filing. “I think it’s something that was expected,” said Gonzalez.

“Between the two of them they turned it into a circus,” said Goow speaking of Akhtaruzzaman and Khalique.