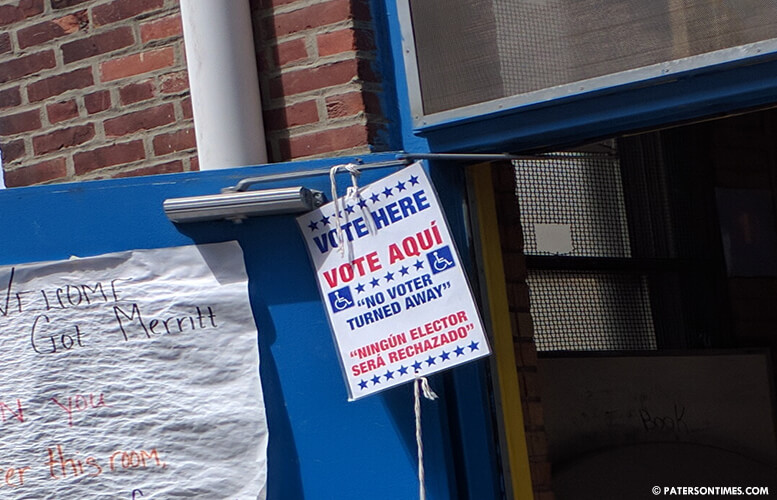 A private investigator has determined more than 30 people who voted through mail-in ballots in the 2nd Ward did not live in the ward.

“We have 32 that definitely don’t live in the ward,” said Steve Olimpio, the private investigator hired by councilman Mohammed Akhtaruzzaman, who reckons that number will soon swell to 45 or 50.

Olimpio said there have been some instances in which voters did not even live in New Jersey. He uncovered three voters who lived in Michigan, Texas, and Puerto Rico yet voted in the May 10th, 2016 election. In other cases, there were 15 to 20 people claiming to be residing in one apartment, he said.

“I’ve never seen anything like this in my life and I’ve done plenty of investigations,” said Olimpio, a veteran investigator, who worked at the Paterson Police Department for 25 years before opening up his private investigation firm Steve Olimpio Detective Agency.

“This is just the tip of the iceberg,” said Akhtaruzzaman on Thursday afternoon.

“It could be his supporters,” said challenger Shahin Khalique. Those voters determined to be non-residents are Khalique supporters, according to Akhtaruzzaman’s campaign.

When asked how he determined the non-residents voted for Khalique, Akhtaruzzaman said some signed petitions for Khalique while others actively worked on his campaign.

The private investigation undertaken by Olimpio is not the only one focused on the 2nd Ward election. The Passaic County superintendent of elections Sherine El-Abd is also investigating the large number of mail-in ballots in the ward.

El-Abd said her investigation has determined 7 votes cast in the 2nd Ward election were invalid. She said a minimum of 60 ballots are in question. Throughout the election Khalique’s campaign has been accused of engaging in questionable conduct to secure mail-in ballots.

One voter alleged one of Khalique’s key campaign worker Katty Morfa pressured an elderly couple visiting them late at night to ensure their mail-in ballots were completed and sent. She also has been accused of donning Middle Eastern garb to target Muslim voters in the 2nd Ward.

Morfa has threatened to file a defamation lawsuit against two men – Faisal Ahmed and Mohammed Zahid Ahmed — who shared the image of her wearing traditional Muslim head covering on Facebook with allegations she was allegedly involved in the 2nd Ward mail-in vote scandal. She also filed harassment charges against them, according to the two men.

Olimpio said the investigation included checks of background, addresses, credit reports, driver’s licenses, telephone numbers, and utility subscription. The evidence gathered by the private investigator will be included in a forthcoming lawsuit by Akhtaruzzaman to invalidate Khalique election victory, according to sources.

When asked if he is worried about a potential lawsuit being filed by Akhtaruzzaman, Khalique responded: “Not at all. I haven’t done anything wrong.”

Khalique said the incumbent is doing everything he can to hold on to his seat. Akhtaruzzaman petitioned the court for a recount which concluded on Thursday morning giving the challenger an additional vote.

For the private investigator there’s more work to do. Olimpio said his investigation is still on-going.