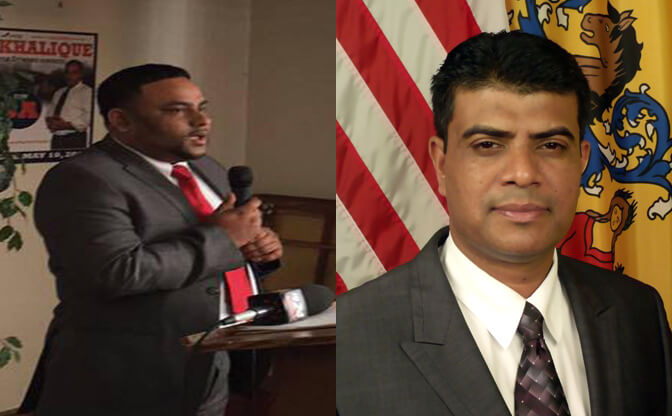 Akhtaruzzaman alleged in the court filings that 40 voters, who did not reside in the 2nd Ward, submitted mail-in ballots in support of Khalique in the May 10th, 2016 elections. 19 of those mail-in votes came from people who signed Khalique’s petitions. And 21 were cast by individuals who are suspected to be Khalique supporters.

“I have both the best elections lawyer and the best investigator in the state of New Jersey. Once all this is done in court and I prevail Councilman Akhtaruzzaman will be responsible for my hefty legal bills,” said Khalique on Wednesday afternoon.

Khalique has retained Ridgewood-based lawyer John Carbone while Akhtaruzzaman’s court filings were made by Wayne-based attorney Susan Champion. Champion has served as the city’s law director and recently won a case for 5th Ward council candidate Wendy Guzman when her petitions were being challenged by Luis Velez.

“The ultimate relief sought by” Akhtaruzzaman is to have himself “declared the rightful winner of the election, or alternatively, annulling the result of the election and ordering a new special election,” reads the incumbent’s court complaint.

Akhtaruzzaman lost by 20 votes to Khalique after a recount was conducted last week. The incumbent had 1,381 votes while Khalique had 1,401.

One of his campaign workers who handled the mail-in campaign was Katty Morfa who is accused of breaking election laws in Akhtaruzzaman’s complaint. She allegedly secured two mail-in votes from a mother and her daughter without indicating she was the messenger or bearer for the voters.

Morfa allegedly coerced the two women into voting for a candidate they did not support, reads the complaint.

The mother and daughter filed a complaint with the Passaic County Superintendent of Elections Office.

The Passaic County superintendent of elections Sherine El-Abd said her office continues to investigate the mail-in ballot situation. She said her investigation may not be finished until more than a month later.

“If we’re lucky we might be able to complete it in the next couple of months,” said El-Abd.

Her office has determined 7 ineligible voters cast ballots in the 2nd Ward election. She said the incumbent’s campaign has put in requests to obtain some of her findings. She has told them she will release the documents after her investigation is completed.

Akhtaruzzamans’s attorneys will likely subpoena her records. “If a judge orders me to do something that’s another story,” said El-Abd.

Akhtaruzzamans’s filings also mentions in one instance two voters cast mail-in ballots in the election despite having been evicted from a home the year before.

“I’m not worried about it; he should be worried,” said Khalique.